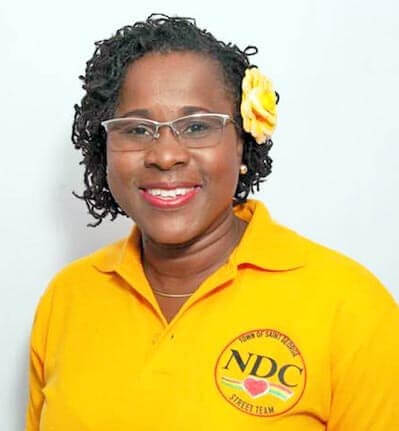 Female attorney-at-law, Claudette Joseph has called on the Keith Mitchell-led administration in the Botanical Gardens to revisit the new court fees that were implemented on March 1 and for an amendment of the regulations to include a provision for indigent people to be exempted from or charged less for the services at the Supreme Court Registry.

“It can be done,” said Joseph, the Public Relations Officer (PRO) of the main opposition National Democratic Congress (NDC) who issued the call on behalf of the party on Sunday on the weekly Heartbeat radio programme.

Joseph felt that this can be done as there is a similar procedure in relation to appeals before the London-based Privy Council, which is Grenada’s final appellate court.

“…I am inviting our Attorney General to make representation to the Cabinet, herself, and the Minister of Legal Affairs, so that these fees can be amended so that poor people will get the exemption (and) there can be equality before the law,” she said.

Speaking with Terrence Forrester, the host of NDC’s weekly Heartbeat radio programme, Joseph expressed concern that those who cannot afford to pay the new fees associated with the court filing process will be “disadvantaged” as a result when it comes to having their matters dealt with by the court system.

She said the huge price increases include the cost to produce copies of submissions of written arguments and authorities at the level of the High Court that never existed before and that a filing fee “is now “$10.00 for the first 10 pages and $1 dollar for each additional page.”

According to Joseph, this kind of expense “could run into hundreds of dollars,” as submissions “could get really bulky” with the length of one caseload sometimes consisting of “over 100 plus pages.”

She argued it is the “poor” in society who will be “disadvantaged” because the fees now make it “expensive to reproduce (copies of submissions).”

She explained that a litigant will have to copy “eight sets of each” documents if you are in the Court of Appeal, and “three sets of each,” in the high court with just two (2) parties, along with an extra copy for each additional party.

“… If you have four (4) parties who are represented by different lawyers, you have to do seven copies. So, what they are saying to lawyers is that when you are representing a poor person, you better cut it short…shorten those arguments…,” she said.

“… If the client cannot find money to pay for all these pages, you have to find ways to see how you could shorten what you have to say to the court on behalf of this client…we cannot sit by and have our justice system so compromised, where one level of people can access it and others cannot because they cannot afford to do so,” she added.

During the NDC radio programme an issue which generated some discussion was the negative impact of the coronavirus pandemic with mention being made of situations in which a lot of middle class persons are in difficulty with banking institutions on the issue of foreclosures.

Joseph said that some persons who fall into the Middle Class bracket on the island have been forced into a poorer standard of living and may need to take court action in order to prevent the sale of their homes and/or property.

“…If the bank wants to sell your property and you think you have a good reason why they shouldn’t sell, you got to make an application to the court to do that and guess what the fees to access the court have just gone up by 750, 800, 1000 percent,” she told the programme host and quickly added, “no one should have greater access to the courts than others.”

Joseph called on the Mitchell-led New National Party (NNP) government to “revisit and reduce some of the draconian fees and put a special provision for the people who really can’t afford it so that they pay nominal.”

She also accused the cash-strapped regime of “looking to gouge the people of Grenada in any way possible” and of seeking to “use the Supreme Court now as a revenue collection agency.”

Noting that the government normally collects revenue through taxation, loans, gifts, or grants, Joseph said that given the difficult state in which some countries around the world have found themselves due to the coronavirus pandemic “we are not gonna get a whole lot of grant funding” and “the government is going to keep finding ways to tax the people” of Grenada “heartlessly.”

While she acknowledged that the “Supreme Court Registry has always been used as a revenue collection agency, she said that the government is going to now use it as an office that would be a main source of revenue” for the Treasury.

She alleged that these funds that are derived from increased court fees “are going to go into the Consolidated Fund to be applied as the government sees fit.”

“…The effects (of these increased court fees) is that poor people will not have equal access to justice (and) we are gonna have now another level of inequality in the country…,” she declared.

The NDC PRO described as “nonsense” government’s explanation for the increase in the court fees at this particular time, stating that “there is no authority within the OECS (Organisation of Eastern Caribbean States) who can mandate or order our government to pass any law in the Parliament.”

Joseph stressed that what the Mitchell government is “trying to say (is) that it was an OECS thing and they had to do it… they lie…unless you sign some kind of treaty that you are bound by and I want them to show me”.

“I want our government to show us, show we the people, which treaty you signed that says you had to implement these fees. They weren’t compelled – our 15 MP’s went to Parliament and passed the Supreme Court fees proceedings rules (Supreme Court Fees Act, 2020).

“It’s an Act of Parliament – so, at the end of the day is up to our authorities here to determine whether they would at this stage implement these fees or not and our people right now can’t afford these fees because it is our poor people who would suffer…”