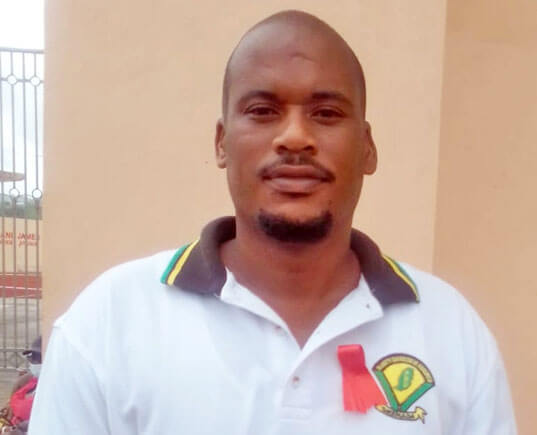 Concerns are being expressed in some quarters that the use of short term/contract work by the Keith Mitchell-led government is a deliberate attempt to eliminate career public officers, which can ultimately lead to the destruction of the public service, and the deterioration in the overall operations of the government and the country.

That’s the charge of President of the Public Workers Union (PWU) Brian Grimes, who in an exclusive interview with THE NEW TODAY on Wednesday, accused the ruling New National Party (NNP) regime of “using contract work to destroy the public service as we know it”.

According to Grimes, the policies of the Mitchell government lacks imagination, and foresight, as it is negatively affecting workers who are employed on contract.

“The government need to move away from contract work because it would lead to the destruction of the Public Service…I see that the policies of this current government is earmarked in a bid to destroy the public Service as we know it…,” he said.

“We here at the trade union respectfully, believe that the government is taking a myopic view in the handling of the public service in that their intention is to just cut cost in relation to not having Pension obligations, minimising benefits (and) wages, and so forth, and this is very short-term, and myopic,” he added.

Grimes accused the regime of lacking an agenda “to beef up the public service with our best talent, and ensure that all is well”.

“The Public Service Commission (PSC) is getting less and less play in relation to the governance of the public service, which is what it was constitutionally set up for (and) we see that the Department of Public Administration (DPA), is taking more hold over the public service, and has been that agency to continuously issue contracts to public officers. So, there is a diminishing of the use of the PSC, and the DPA has come into play,” he remarked.

The PWU boss expressed concern that the proliferation of contract work would eliminate the tradition, which honoured career public servants for the service they have given to the country over the years.

“Now that we have the proliferation of contract work whereby people don’t know how long they are going to be there, in essence you have people in the public service doing precarious work.

“I am sure growing up you know about somebody who has been a teacher, a police or a clerk in the public service for a long, long time (but) now with this new wave of contracts you are not going to see that.

“So, you would have people that don’t have as much institutional experience and so forth, to deliver the best service…for example, we are seeing the older generation, people who know the public service and what it means for the country having issue with how it is now.”

According to Grimes, the PSC which is the body recognised by the constitution to oversee the public service, is responsible for doing the necessary background checks in order to make sure that everything is good but now is no longer the real instrument for hiring public servants as it is now being done by government through DPA.

“So, with that, a lot of the workers are not following public service rules, and regulations, and their dress code, their mode of operation, everything is different to the past,” he said.

This state of affairs, he added, “brings deficiency in service (and) appearance. So, that when outside people look on, they do not know who hired who (as) everybody is under one big umbrella and the public service is not what it used to be, which was a respected institution where people can go and get the best service from the best personnel possible…”.

“…Now, we see there are a lot of different types of employment none of which in my opinion or most of which, are not beneficial to workers in that there is a very insecure tenure, and the benefits are very, very little,” he said.

The PWU President also pointed out that with the issuance of the new types of government contracts, “many workers are not paying (contributions to the) NIS (National Insurance Scheme) and even union dues,” which he described as being “destructive to the trade union, and the NIS.”

He said, while “the government can say that it gave authority to the worker to pay the full NIS of 11%, many of those workers do not pay their dues, and as a result, the NIS, is losing monthly dues coming from workers in the country.”

The PWU is the bargaining agent for nurses, who are among those who Grimes noted are like police officers hired by the PSC, and are recognised as public servants.

He said that “based on the policy of the government, nurses are getting 2-year contracts, and, being financially, and socially frustrated by that policy, many are leaving for greener pastures, albeit to do other contract work, which he stressed “are more lucrative.”

“So, the union is extremely concerned about this because the nursing sector is diminishing on a monthly basis with people leaving, and as a result of that, the service to the nation is also diminished,” he told THE NEW TODAY.

“We are optimistic that the government will see the error in the way they are engaging these workers and start giving them permanent work, and more benefits to incentivise the whole fraternity, the whole industry within the health sector.

“COVID has shown us how important these workers are to our country and to all countries. So, to keep giving them precarious work while they are calling for permanent work and better benefits, I think it is very anti-labour on the part of government, and I think it is destructive to our country overall.”

On June 23, Grenada recognised Public Service Day, which is traditionally utilised to celebrate the importance of the public service to the operation of the country.

However, Grimes stated that this day, which “is also used to encourage young people to join the public service” went by with “little fanfare” as in years gone by.

“So, you ask yourself the question – why is this, is there a move on the part of the authorities to destroy the public service?

“…If you look at what’s happening in the public service now, young people, if they look at the News, they would not want to join because they see trade unionists constantly fighting with government for benefits, and wages et cetera, teachers (and) they see nurses being given contracts, and actively pleading with the government to change their policies.

He is of the view that “if we continue along this trend the public service as we know it would be destroyed, and the trade unions could be an endangered species.”

“It is incumbent on this generation of leaders, within the Grenada Trade Unions Council to fight to ensure that the public service remains as it is, and that workers can get protection, long term benefits, and job security,” said the PWU boss.