CDC advise against travel to Grenada 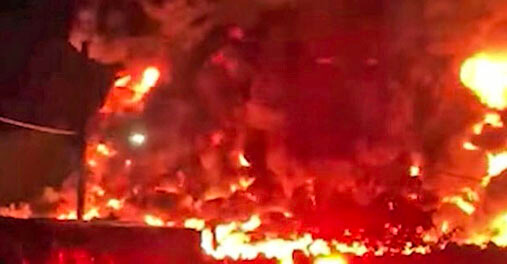 The raging fire at the Perseverance landfill

Governance can be used in several contexts, from banks and Governments to small groups such as Community organisations.

Our National governance is carried out by our Government, which is made up of people we have elected. In the process of elections, we will have listened to what is outlined as the best future for the country and its people, when we feel an individual or a Party represents what we want as the vision for our country, we would then put an X next to their names on the ballot sheet and place it in the ballot box.

We trust that the elected Government will implement the vision they promised during their election campaign, by drafting laws, policies and guidelines and regulations as to how these policies will be implemented.

Often this does not happen for a number of reasons and this has led to International Bodies producing treaties and agreements in order to offer more guidance as to how certain issues might be handled.

One of the issues which does not seem to have had adequate focus is the environment, this has led to the formation of advocacy groups such as Friends of the Earth Grenada, a member of the International body for more than twenty five years.

The United Nations has also continued to campaign for the environment and one of their latest achievements has been the Escazu Agreement. This has been deemed really important as access to information, with regard to environment in Latin America and the Caribbean remains poor.

There is widespread impunity for crimes against environmental defenders, and rights to consultation on the impacts of large development projects are often disrespected as has shown to be the case in Grenada.

The Escazu agreement is a landmark treaty, which aims to guarantee the full and effective implementation of the rights of access to environmental information, public participation in the environmental decision-making and access to justice in environmental matters in Latin America and the Caribbean.

It is the only treaty that has emerged from Rio+20 and the first on environmental issues in Latin America and the Caribbean. The treaty recognises right to a healthy environment for present and future generations. It is the only binding international instrument with specific provisions for the promotion and protection of human rights in environmental matters.

The treaty has a number of Articles, an outline of the salient ones are:

Article 5 tells us that States parties are obliged to grant access to the public to environmental information.

Article 7 sets the State obligations regarding public participation in environmental decision-making processes. These include, inter alia, land-use planning, policies, strategies, plans, programmes, rules and regulations, which have or may have a significant impact on the environment.

According to the Agreement, every actor that could be affected by decisions regarding environmental projects, must be taken into account and summoned to participate so that due consideration can be given to the observations of the public.

Accordingly, State parties have the obligation to provide the necessary information about the projects to be discussed to those who participate, in order to grant an informed participation.

Article 8 of the Agreement/Treaty is regarding the right of access to administrative or judicial mechanisms in order to appeal and challenge decisions and access to environmental information or participation in environmental decision making processes.

This is fundamental to the full use of the other rights. Also, States must guarantee the existence of other State entities with access to expertise in environmental matters. These entities must be able to provide precautionary measures to prevent environmental harm as well as providing effective remedies and redress to victims of environmental harm.

The agreement initially opened for signatures during the UN General Assembly in September 2018 following three years of negotiations under the supervision of the UN Economic Commission for Latin America and the Caribbean (ECLAC).

24 of the 33 countries in the region signed the treaty, a minimum of 11 countries were needed to ratify to bring the treaty into force and the recent ratification by Mexico now makes the treaty binding. Grenada is a signatory to the treaty but has not yet ratified it.

Friends of the Earth -Grenada urge anyone who has an interest in the protection of the environment on this beautiful island to become familiar with this treaty by using the link at the end or should you want further information, email [email protected]