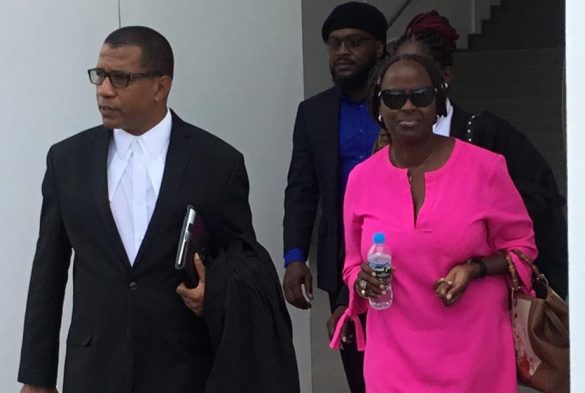 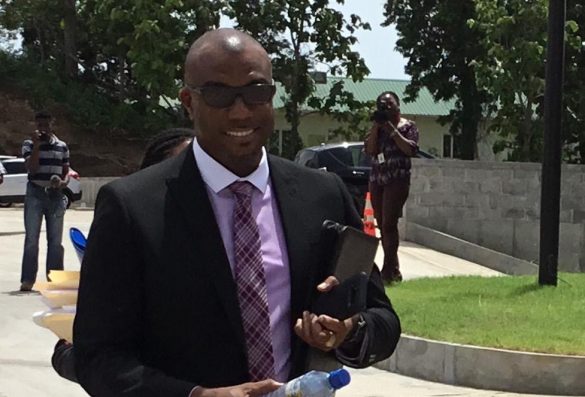 The stage has been set for a major change in the way Grenada’s carnival management body enters into sponsorship arrangements for the national festival.

This week owners of Mount Pure, a local bottled water company, successfully sought leave from the High Court for judicial review of the procedure adopted by the Spice Mas Corporation (SMC) to secure sponsorship contracts for carnival.

Mount Pure Water has been barred from sale at all official carnival events and it also cannot be sold by vendors and traders who have obtained a vending licence from the Corporation.

The basis for the exclusion is that SMC has entered into a sponsorship arrangement with Glenelg, a competing bottled water company and has granted them exclusive trading and promotion rights.

Attorney-at-law Ruggles Ferguson, who argued the matter before Justice Godfrey Smith, on behalf of Mount Pure, used the provisions of Grenada’s Public Procurement Act to challenge the exclusivity arrangement.

The Act states that government entities must issue a call for tender, published in at least one local newspaper, when seeking to procure any goods or service and that statutory bodies such as Spice Mas must adhere to the provisions of the regulation.

The corporation’s lawyers argued that the exclusivity arrangement is not in breach of the Act since it is their view that soliciting sponsorship is not the same as purchasing a good or service.

However, Mount Pure argued that branding and exclusive rights can be considered assets of value, being given in exchange for cash.

According to Attorney Ferguson, if the process was open for bidding Mount Pure may have been able to offer substantially more than the competitor.

“Open it up for bidding, so you have a situation where it is fair and everybody has an opportunity to eat a piece of the pie. But when you have it exclusive, which says, you sponsor us and you get all of the promotion over the carnival period at all events, plus we exclude all competitors from selling at the events, some people may say there are other carnival events but as the court even observed, if you say the main carnival events are concentrated where the crowd is, then you can’t tell your competitor to go and sell where nobody is,” Ferguson commented.

In May, SMC announced that it had awarded exclusive rights to Glenelg Spring Water in exchange for cash sponsorship of $12, 000 and an in-kind contribution of water for Spice Mas’ use.

This is the second straight year that Glenelg has been awarded an exclusive contract by the Spice Mas.

Tuesday’s ruling is an interim order restraining SMC from enforcing the exclusive arrangement that prohibits the sale of Mount Pure by vendors and traders registered and licensed by the corporation.

The Judge granted leave for judicial review within two weeks of the order but even with a favourable ruling the timing means a final decision in the matter will not be made until way into the carnival season, which means Mount Pure is unlikely to be sold by vendors at Spice Mas events.

Ferguson said they are contending that it is in fact legal to sell the product at carnival events but in the absence of a final ruling he did not commit to a conclusive response about whether Mount Pure will go ahead and sell.

“We are contending that the process is illegal. Part of the challenge, as you know carnival is just two weeks away and because of the process the court will not be able to determine that matter finally, so that is up in the air, whether or not it could be done.

Ferguson said the court’s final decision will impact future sponsor negotiations and he expects that there will be a change in the procedure for awarding sponsorship contracts next year.

“This would be beneficial for not just Mount Pure but for everybody in the future doing business with Spice Mas but also for every public entity, because I am sure the guidelines that would be given by the court at the ultimate conclusion of this matter would be beneficial to all,” he added.

If the action prevails and the court rules that the Spice Mas Corporation is in violation of the Public Procurement Act, Mount Pure can also file suit for damages for lost earnings, as a result of the exclusivity arrangement entered into by the Corporation.

According to Mount Pure representatives, the company had made official request last year, through a letter to discuss involvement in the national festival.

However in February the company was absent from a meeting between potential sponsors and the Corporation.

Eventually they were informed that their competitor was chosen as an exclusive sponsor.

Speaking independently on the issue, former Attorney General Cajeton said there is also the question of whether the arrangement entered into with Glenelg can be considered “restraint of trade”.

Speaking to reporters after the court’s ruling Monday, Mount Pure owner Rolanda Mc Queen said she is saddened by the way her company has been treated.

“I never thought that I would come to Grenada, trying to give people work and I would have Spice Mas fighting me down to sit on my shoulder, so that makes me feel sad”, she remarked.

Last Thursday, Mc Queen was caught up in a confrontation with Chief Executive Officer of the Corporation, Kelvin Jacobs when she visited his office, accompanied by reporters, to ask why her company had been excluded.

Jacobs refused to speak with her and slammed his door on her while she stood in the doorway.

A video of the incident made the rounds on social media, sparking widespread debate on the issue.

Attorney Cajeton Hood said that the actions of the CEO can be considered an assault because even where a person trespasses one cannot employ unreasonable force to remove them.

McQueen had made a formal report to the police on the incident with Jacobs.