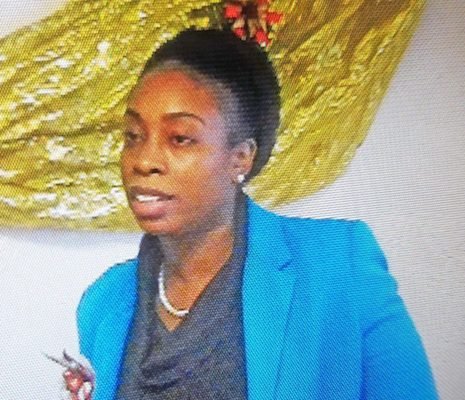 The Integrity Commission in collaboration with the Office of the Accountant General, is preparing to roll out a ‘gift management registry’ in 2020.

This was announced by Investigation Officer at the Integrity Commission, Samorna Dowe-Mitchell as part of its preventative corruption scheme.

She said: “For example, dignitaries may be traveling to Grenada and they (a public officer) may get something or someone from a public office went overseas and they would have received a gift; we are not saying that it was a bribe or anything dealing with fraud or so but we are asking persons to declare that gift to the Integrity Commission”.

According to Dowe-Mitchell, the gift can be anything ranging from “monetary items, a vacation for your family, a brand new car, (or even) a $1, 000 cheque” but the public officer has a duty and responsibility to disclose it.

She disclosed that all gifts that are declared will be stored at the Accountant General Office and not at the Office of the Integrity Commission until a decision in taken on what to do with it.

The Integrity Commission official stated that the body is mindful that some who offer gifts as part of their culture can be categorized as “sensitive” and may take offense if a gift is refused.

Dowe-Mitchell singled out “the Chinese” in particular who tend to take offence if a gift is refused.

“You know it is something cultural that you cannot refuse a gift (from a Chinese) because they may take it personal and of course, we don’t want to offend anyone so, the Integrity Commission also understands that some gifts you don’t expect for persons to refuse them because of the nature of it,” she said.

Dowe-Mitchell stressed that once the Integrity Commission determines the circumstances under which the gift was given “if it is a personal gift, then of course the person will have to keep that gift and if it is for the state it will go to the person’s relevant ministry or department or it may be stored at the Accountant General Office.”

She indicated that a public outreach programme had already started on the initiative but it was halted as other things took precedence.

“We have started public outreach with the parliamentarians and because there were other things that came up, we had to take a short pause on it but we will be returning to the gift management registry in 2020,” Dowe-Mitchell declared.