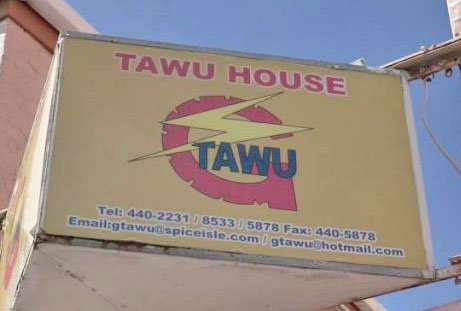 In an effort to solicit much needed financial support for the hurricane battered islands of The Bahamas, President General of the Grenada Technical and Allied and Workers Union (TAWU) Andre Lewis has called on its membership to make financial contributions of no less than $5.00 from their salary at the end of this month.

Lewis, who also serves as an independent Senator in the Upper House of Parliament, told reporters at a press conference last week Friday that the call is not directed only at TAWU’s members but also every worker on the island to lend a helping hand to their colleagues in the hurricane-ravaged island.

While most of The Bahamas, described as a coral-based archipelago, has escaped serious damage from Hurricane Dorian, the northwestern islands of Abacos and Grand Bahama have been seriously impacted with an undisclosed number of deaths and thousands more in need of shelter.

Noting that TAWU’s sister affiliates are also onboard with the initiative, Sen. Lewis said, “It (the call) is not just (for) our members but we (also) call on all Grenadians in Grenada, Carriacou and Petite Martinique, the Diaspora and the region as a whole to give support and solidarity to the people of The Bahamas.”

It is the hope that the monetary contributions will be done through salary deduction forms.

While a $5.00 contribution is the minimum being asked for, Sen. Lewis said that workers are free to make larger contributions as the Union “would be happy to get $20.00 (or even) $100.00 from anyone who could afford it”.

“We have taken that into account that the Technical and Allied Workers Union represents a varying cross section of workers – we have asked for a minimum of $5.00,” he remarked.

According to Sen. Lewis, the Grenada Trade Union Council (GTUC), the umbrella body for trade unions on the island also wrote to the Government of Grenada on the Bahamas situation and the Caribbean Congress of Labour (CCL) itself has also been trying to get its affiliates in the islands to assist the affected areas in the Bahamas.

He also said that the official ‘Bahamian relief fund authorisation forms’ with the official TAWU logo have already been distributed to the shop stewards at the various employment agencies on the island “to ensure that they check each individual worker (to) write their name, donation amount and sign (the form),” thereby authorising the management of their workplace to make the deduction” which will them be remitted to the union to assist the people of The Bahamas.

Lewis disclosed that while the contributions are expected to be in by the next pay period, due to the pressing needs of the people in The Bahamas, there is no stipulated deadline to make contributions.

He said the accumulated amount will be submitted to the relevant authorities for submission to The Bahamas.

It is understood that similar efforts to generate financial support for the hurricane stricken islands are ongoing by local busmen and businesses.

The Grenada Hotel & Tourism Association (GHTA) has confirmed the participation of some 4 and 5 Star hotels on the island, which have donated rooms as part of an online travel auction by the Caribbean Hotel &Tourism Association (CHTA) to help support the long-term recovery in The Bahamas.