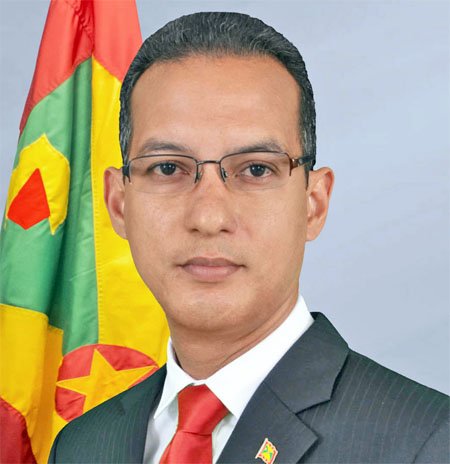 Grenada is among a small number of CARICOM countries without the ability to test for the Coronavirus.

Virology experts from the Pan American Health Organisation (PAHO) have travelled to the Caribbean region to ensure that laboratory specialists are trained and equipped to identify and respond to potential imported cases of the new coronavirus.

Dominica is said to be the only one among the Windward Islands with the capacity to test for the virus.

PAHO officials have said that providing countries with the reagents and knowledge needed to perform early diagnosis is key for outbreak response and protecting their populations.

The list of countries now able to test for COVID-19 are Suriname, Guyana, Trinidad and Tobago, Barbados, Dominica, Jamaica, Belize, The Bahamas, Haiti, Martinique, French Guiana, Curacao, Aruba, St Martin and the British territories of the Cayman Islands and Bermuda.

Suspected cases in Grenada will be tested in Trinidad and Acting Chief Medical Officer, Dr. Francis Martin said they expect to be able to conduct tests for COVID-19 on island soon, with PAHO assistance, although he was unable to provide a specific timeline.

“Given how the virus is circulating it should be soon,” said Dr Martin.

The threat level has been raised to high for Grenada and the rest of the region with at least six confirmed cases between the Dominican Republic, St Barths and St Martin.

“As one of the world’s most popular tourist destinations, the Caribbean must prepare to detect and respond quickly to imported cases of COVID-19” said Yitades Gebre, PAHO/WHO Representative for Barbados and Eastern Caribbean Countries.

“Providing countries with the reagents and knowledge needed to perform early diagnosis is key for outbreak response and protecting our populations.”

The laboratories selected for training are those that already provide testing for influenza.

Health Minister Nickolas Steele has announced that Grenada is now in possession of thousands of doses of medication to treat people affected by coronavirus and public awareness on prevention measures will intensify.

Grenada still remains free of the virus which is now making its deadly march across the globe but Minister Steele said the health sector is preparing for its inevitable arrival to the region.

“We have thousands of doses of (anti-viral) medication,” the minister said in an interview Saturday.

There is no cure for COVID19 yet and several governments are working to develop a vaccine.

Grenada does not have the capacity to deal with large numbers of COVID-19 patients who may require intensive care. The current ICU capacity is reportedly for three patients at a time.

Related:  The mass exodus of healthcare workers from the Caribbean

Health officials are expecting the infection rate to be highest among senior citizens, particularly those eighty years and older and people with pre-existing health conditions such as heart problems.

“The epidemiology of the virus shows that the elderly will be most severely affected,” the senior health official said.

According to Health Minister Steele, centres around the country have been designated to be quarantine facilities, if or when Grenada has to deal with an outbreak of COVID19.

However he said these centres will become operational depending on where the virus turns up.

“It depends on which area the virus turns up, that’s where we will set up the facility.”

Minister Steele added that government is taking steps to ensure that persons who may contract the virus are not treated at the regular health facilities where other health services are provided in order to control the spread.

Public concern about a possible outbreak in Grenada is increasing with news of the rapid spread in dozens of countries.

However, the Health Minister has said there are no immediate plans to initiate travel bans or to close Grenada’s borders.

“There is no science to support closing the borders and we are following WHO protocols,” said Minister Steele.

“We are preparing for the fact that no matter how tight the net is, someone could still get through,” he remarked.

On Monday, Port Health Officers turned back an aircraft carrying passengers who had been in China within fourteen days of arriving here.

The plane was initially cleared to land despite protocols that allows Grenadian authorities to have access to flight manifests before an aircraft is cleared for landing.

Grenada is also not increasing the quarantine period for “persons of interest”, related to the COVID19.

According to Minister Steele, Grenada is being guided by the data which puts the incubation period at between 2 to 9 days, though some researchers have said it could be up to 24 and even 27 days.

The Ministry of Health said that last week Wednesday three Italians were placed in quarantine after arriving on an international flight.

A statement from the Ministry said all precautions were taken to screen, interview and isolate the travelers.

COVID19 has spread to Italy, with close to 700 reported cases and 17 deaths and Grenada is now tracking travelers whose travel history includes that country.

The Ministry of Health said they are also tracking travelers from Iran, Singapore, South Korea which has the largest number of cases outside China and Japan, which have seen steady increases in the number of confirmed COVID19 cases.