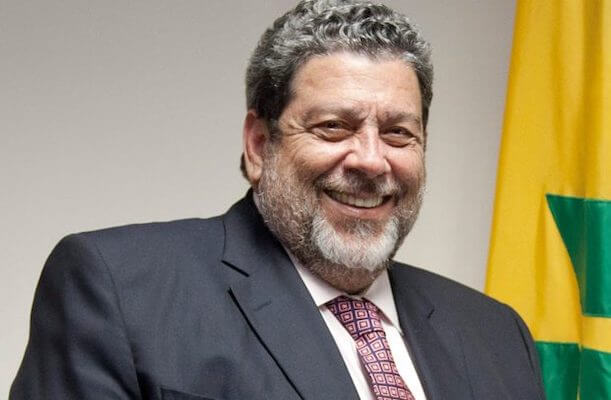 Dr. Gonsalves – confirmed that no gas was supplied by St. George’s

Grenada is still to fulfil a promise made to provide gas to residents of Union Island, administered by St. Vincent, following a fire in May that destroyed the island’s sole gas station.

This was confirmed to THE NEW TODAY by Prime Minister Dr. Ralph Gonsalves in an exclusive interview conducted Saturday.

“That never happened,” said Gonsalves who was speaking from his official residence in Kingstown on the failure of Grenada to provide the gas to the residents on Union Island.

Within days of making the promise, St. Vincent had issued a bulletin in which it accepted the offer from the Grenada government.

The promise was made by St. George’s days after Prime Minister Dr. Keith Mitchell and his Vincentian counterpart, Dr. Gonsalves were engaged in a tit-for-tat following St. Vincent’s offer to provide food and cooking gas to residents on Carriacou & Petite Martinique following the Covid-19 virus outbreak in the region.

The explosion at the gas station at Clifton occurred on May 19, engulfing the entire building and spreading to nearby buildings.

The owner of the business, 72-year old Freddy Naert was among three persons who died as a result of the fire.

Prime Minister Mitchell had accused Gonsalves of encouraging Grenadians to break the laws of the country to get cooking gas and food supplies since he had closed the country’s borders to protect locals against the deadly virus.

Dr. Gonsalves hit back saying that he had made the offer on the clear understanding that it had to be done “in a structured manner”.

The Vincentian leader told THE NEW TODAY that not a single person in the Mitchell-led administration in St. George’s has approached his government in St. Vincent to make good on the gas promise about seven months ago.

According to Dr. Gonsalves, his government had to take certain steps on its own to help out the situation because the fishermen on Union Island were using their own pirogues to go to Canouan and Carriacou illegally to get gas for their use.

He said that St. George’s simple did not deliver on the promise and “we just survived otherwise”.

Dr. Gonsalves indicated that the situation would soon be resolved as two applications are presently before the Planning Board in St. Vincent for permission to establish fuel stations on Union Island.

The Grenada government release issued back in May said in part: “Grenada is offering assistance to residents of Union Island, following a fire that destroyed the island’s only gas station”.

The government’s offer of refuelling assistance has been communicated directly to the Director of Grenadines Affairs in St Vincent and the Grenadines.

The Grenada government recognises the importance of being our brother’s keeper which it considers to be even more important during this period. However, it also recognises that due process must be followed. Additionally, being still in the midst of the war on Covid-19, public health and safety remain a priority; therefore, all recommended protocols will be duly enforced, even as this helping hand is extended.

Pending St Vincent’s acceptance of Grenada’s offer, refuelling support will be provided to the neighbouring residents of Union Island, between the business hours of 8 am and 6 pm daily.

The relevant authorities will determine the recommended protocols under which the proposed refuelling assistance will take place and steps will be taken to ensure full compliance”.

THE NEW TODAY also asked Dr. Gonsalves to comment on the current state of relations between himself and Grenada’s Dr. Mitchell.

He said: “We talk – I would say that we have a working relationship. I don’t have a close buddy-buddy relationship between him as say like how I have with Skerritt (Dominica Prime Minister Roosevelt).

“Historically, Keith is very close to (former St. Vincent Prime Minister) James Mitchell and their party (New Democratic Party). For historical reasons, I got connections with man like Chester (Humphrey, the former member of the now defunct New Jewel Movement).

Dr. Gonsalves went on to say: “Politics is complicated with lots of contradictions. Keith and I work in OECS, we work in Caricom but I believe that last election (in St Vincent), I am pretty sure he would have much prefer to see the opposition win here”.

Dr. Gonsalves was known to be a close friend and confidante of late Grenada Marxist Prime Minister Maurice Bishop who was executed in a palace coup within the NJM on October 19, 1983 by a radical hardline faction involving deputy Prime Minister Bernard Coard.

PM Gonsalves also pointed fingers at Grenada as being the conduit for election material for the opposition in the November 5 general election in St. Vincent.

He spoke of having information that the Chinese and the financiers engaged in the passport selling business who supported the opposition in St. Vincent had used Grenada as the transit point to get their election material and paraphernalia..

According to Gonsalves, he had picked up the information for “quite sometime” that the election material were stored in Grenada and came quickly into St. Vincent via Bequia as soon as he announced the election date.

“I didn’t do anything about it – the t-shirts came in through Bequia – not through the Customs,” he said.