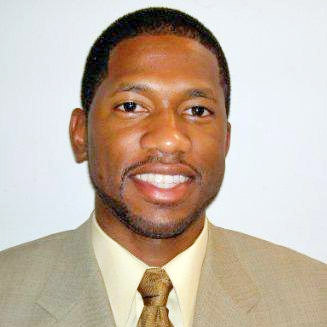 Olinga Mitchell, the son of Prime Minister Dr. Keith Mitchell will most likely be hauled before a local court in connection with an outstanding sum of EC$144, 000.00 owed to the Grenada Co-operative Nutmeg Association (GCNA) for the past three years.

Mitchell, a qualified U.S attorney at law, is said to be the Managing Partner of the Holland-registered company known as Chimera Holdings which is owing GCNA for a shipment of nutmegs that remains unpaid for years.

According to an executive member of the association, the local attorney-at-law retained by GCNA, is leaning in the direction of filing a lawsuit against the son the Prime Minister given his involvement in Chimera in an effort to try and recover the monies owed to farmers.

“We are looking at the option of going after who is here and that is Keith Mitchell son (Olinga). We are going after Olinga for the money,” he said.

The GCNA member told THE NEW TODAY that the nutmeg association did a lot of business with Chimera during the 2015-17 period and everything was going fine with the business arrangement until the company apparently ran into financial difficulties.

“To me they (Chimera) run broke. Nutmegs were sent to them and they couldn’t finish make the pay-off. They gone broke completely (and) as if they disappear right now,” he said.

Olinga Mitchell is said to have played a major role in the negotiations between Chimera and GCNA for the sale of the nutmegs that were exported to Europe.

The official also expressed alarm at the recent denial made on national radio and television by Supervisor of Elections, Elvis Morain who is one of three government representatives on the GCNA governing board that he is not aware that the son of a member of the ruling New National Party (NNP) administration had owed nutmeg farmers for their produce.

Government ministers Oliver Joseph (Trade) and Yolande Bain-Horsford (Agriculture) also denied any knowledge of the issue following a question posed by the host of “Beyond The Headlines” programme on the Grenada Broadcasting Network.

The executive member said the Chimera issue was discussed “a number of times” during Area meetings in which farmers always raised the debt and some of the governing board meetings at which Morain was present and participated.

According to the official of the association, as a member of the board, Morain would have full knowledge that the local attorney-at-law on the books of the association was handling the outstanding money owed to GCNA by Chimera.

In addition, he said the Chimera debt to the nutmeg association is also contained in the Minutes of the GCNA Board in which Morain will have full access as a member.

“… Let us assume that Morain was not at any of meetings where this thing (Chimera debt) was discussed – now an important issue as that (came on the GBN programme) if he was not aware of it … which he is lying (about) … what he had to do the next day or the same night is to call the Chairman (of the Board) to find out what’s going on.

“He didn’t do anything because the guy just decide that he would play tricks … he’s playing games. He’s playing political games and he needs to stop it.”

The GCNA executive member went on: “This thing is not only looking bad for him but for the government as the government has three Directors on the Board”.

THE NEW TODAY sent the article to Morain for comment up to Thursday and he did not respond to it.

A new GCNA board was elected by farmers at their annual AGM last week Thursday but it is not yet known who will be the three new directors to be chosen by government to serve on the board.

Morain is known to be collecting two monthly pay cheques from government – one as Permanent Secretary in the Ministry of Agriculture and the other as Supervisor of Elections.