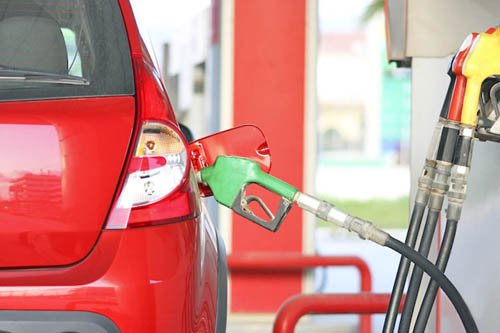 Petrol being provided to a vehicle

At least one small gas station in the north of the island has been forced out of business due to government action to arrest the COVID-19 pandemic on the island.

According to a well-placed source, the operator of the business has decided to close down the operation due to severe financial losses.

He said that the small gas station had purchased gas at a particular price from the supplier and before it could be sold the Keith Mitchell-led government moved to announce a drop in the retail price of gas at the pump.

“I can tell you that the man take a real hit up there. I have been speaking with him”, he told THE NEW TODAY.

The source said that gas is not selling as before due to the limited hours of opening for businesses in Grenada as a result of the State of Emergency imposed by government.

“If you buy gas last month at let us say $10.00 a gallon I can assure you that you will still have the same gas and with government now announcing a drop in price – remember it is the same gas that you have in your place to sell at a lower price now than what you paid for it”, he added.

“I know that a lot of the gas station people are angry with the government right now but they are afraid to speak out. You know how things go here with this government”, he said.

The source pointed out that a number of gas station operators are currently fighting for survival due to a massive downturn in economic activities on the island.

He said that one revenue source that has dried up for busmen who spend a lot of money on purchasing gas is the closure of schools due to COVID-19.

“Do not underestimate the spending power of the school children.

Today most of the schools in the country are empty because parents prefer to send their children to school in town.

“It is the bus that is transporting them and busmen are now losing out on that – so less trips are made and less gas is being purchased right now.

The source indicated that busmen used to make thousands of dollars each day and spend back a lot of it each day at gas stations in transporting the nation’s children and working people to and from work.

Since COVID-19, the government issued regulations for bus operators to transport a limited amount of commuters in their vehicles.

Some busmen have been forced to resort to many off-routes in order to avoid police checkpoints and there being charges for violating the regulations on the number of passengers seated in the vehicle.