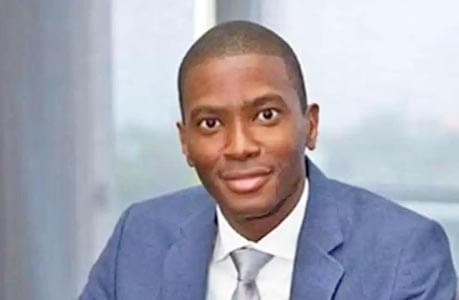 Prime Minister and Minister of Finance Dickon Mitchell - the $15.00 cap on fuel will be removed once the price per gallon drops

Prime Minister and Finance Minister Dickon Mitchell has confirmed the removal of the current $15.00 cap per gallon on fuel at the pumps, if petrol prices drop as predicted before the next price change scheduled to take effect on September 18.

The Grenadian leader announced his Cabinet’s decision during Tuesday’s post-cabinet media briefing in St. George’s, noting that the $15.00 fuel cap, which was fixed by the former administration as a cushionary measure amidst the ongoing coronavirus pandemic last December, has resulted in “close to, if not, more than $1M owing to fuel suppliers” by Grenlec.

He also told reporters that “the government has been waiving the petrol tax that is normally associated with the consumption of fuel”, and expressed the view that “both of those measures are unsustainable in the current context (and) the government simply cannot afford to continue not collecting the tax, and at the same time finding itself in a position where it has to pay the petrol suppliers.”

“We anticipate that the price per gallon of fuel will drop below 15 dollars. We expect to have confirmation of that within the next 24 to 48 hours, if not certainly before September 18. If that happens, we will remove the $15.00 cap because there will be no need for it (and) that should allow us to begin stopping the bleeding so to speak, in terms of the sums that we are beginning to accumulate, and which is owing to the suppliers,” he said.

However, he stated that while all indications seem to suggest that the price per gallon is likely to trend downwards “should the price per gallon begin to trend upwards and should it get to a point where again it becomes difficult for our citizens to pay, we will then look at re-instituting the cap.”

The Prime Minister also stressed that if “the price goes back (up) to at least $17 per gallon, we will reinstitute the cap at $17.00.”

The Dickon Mitchell-led Cabinet has, however, decided “to continue with the removal of petrol tax as of the next price change” with plans to “monitor the situation on a month by month basis.”

The Petrol tax is a significant revenue earner for the government, which PM Mitchell said it has not been collecting in some instances.

Approximately three (3) months before the June 23 election, which was won by the National Democratic Congress (NDC), the then former Finance Minister Gregory Bowen told reporters that the government, which collected $5.50 on each gallon of fuel at the pumps, stood to lose $28M this year if the $15.00 cap, which had only been in place for three (3) months is continued amidst increasing fuel cost.

Permanent Secretary in the Ministry of Finance Mike Sylvester, who accompanied the Prime Minister at Tuesday’s post-cabinet press brief, explained that “when the cap was implemented in December of last year and based on the price …in some cases the government was giving up $4.00 to $5.00 of the $5.50.”

PS Sylvester, who affirmed that “in some months we (the government) have not collected any petrol tax” and said that “based on projections for the rest of the year given that the cap would be removed, and the petrol tax will be zeroed, we do not expect to collect any additional tax in that regard.”