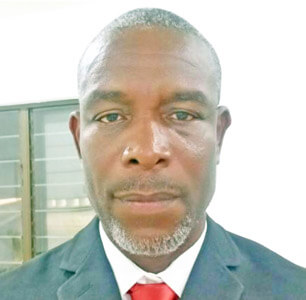 Small Island Developing States like Grenada are being urged to take advantage of trade and investment opportunities as the Government of India seeks to strengthen its ties within the Caribbean.

“We were urged to take full advantage of the opportunities presented by India, that traveling delegations must include business people because at the end of the day, that is the ultimate goal of diplomacy, promoting the economic and political interest of our countries,” Minister for Foreign Affairs, Trade and Export Development, Joseph Andall, said as he updated members of the media on progress made during a number of bilateral meetings held on the sidelines of the 77th Session of the United Nations General Assembly in New York.

Addressing Tuesday’s post-Cabinet media briefing, Minister Andall said “it was pointed out that CARICOM is still not taking advantage of trade and investment opportunities presented to us by India,” and that “a commitment was made to ensure that every opportunity is seized by the various CARICOM member states.”

He said that “India has also restated its commitment to collaborate with CARICOM on the questions of pharmaceuticals, information, and communication technology, sports, technical and vocational training.”

According to the Foreign Affairs Minister, he had “a fruitful meeting” with representatives of the Kingdom of Saudi Arabia, which is located on the Arabian Peninsula in Western Asia, resulting in “assurances of grant funding for various projects going forward.”

“The contacts will continue, and we feel very confident that we are going to be able to benefit from that arrangement,” he said.

Minister Andall also spoke of agreements struck during a meeting with Abdulla Shahid, the Foreign Affairs Minister of the Republic of the Maldives, which is an archipelagic state in Southern Asia situated in the Indian Ocean.

“We have agreed to share experiences in the field of tourism and to explore the possibility of having exchanges so that we can learn from each other’s experiences,” along with a “visa waiver agreement for visits not exceeding 90 days,” he said.

“So, soon the work will begin to put that into practical action, and Grenada has also agreed to give favourable consideration to supporting each other’s candidates at international forums,” he added.

Initial steps were also taken toward establishing diplomatic relations with the east African country of Kenya.

Minister Andall said: “As we have said before part of our diplomatic thrust would be not only to strengthen ties with existing partners but also to reach out to our sisters and brothers in Africa, and other parts of the globe, to seek areas of cooperation and mutual interest.”