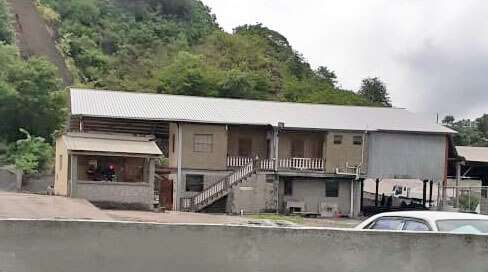 It’s a mixed bag for the Keith Mitchell-led New National Party (NNP) government on its handling of the Grenadian economy.

However, the committee could not make a full assessment of the economic and financial situation as vital information that was needed was not made available to the Richard Duncan-led group to carry out its work.

The committee pointed specifically at the lack of data from state-owned enterprises which are needed in order to assess the overall situation with the economy.

As a public service, THE NEW TODAY reproduces in full the Executive Summary of the FROC report:

The Government’s fiscal performance in 2019 was commendable as it continued to make steady progress in its efforts to satisfy the requirements of the FRA and ensure its effective implementation. Real GDP growth of 3.2 per cent was recorded in 2019, less than projected, but nevertheless for the seventh (7th) consecutive year.

The primary surplus for 2019 was 6.8 per cent, marginally less than 2018. Inflation was relatively stable at 1 per cent while the public debt continued to fall. Of particular note also is the steady improvement in the quarterly reporting of the state-owned enterprises (SOE) and the monitoring of their contingent liabilities.

However, a number of underlining issues with the implementation of the Act remain outstanding.

Notwithstanding the significant improvement in quarterly reporting by the SOEs, the fiscal data provided by the Macroeconomic Policy Unit (MPU) still includes only that of Central Government. Most targets were met in 2019 but based on Central Government data only.

This has therefore given rise to the cautious assessment in the majority of the targets as the Act is very clear that the data used must include not only Central Government but also “covered public entities”.

Previous Reports of the FROC highlighted the need for significant amendments to the FRA in order to strengthen the Act by removing ambiguity and ensuring consistency with other legislation. Extensive discussions were held with the MPU and the International Monetary Fund (IMF) on proposed amendments and consensus was reached on the way forward.

The amendments are however yet to be submitted to Parliament for consideration. The inclusion, or non-inclusion, of the Petro Caribe debt as part of the public debt is still unresolved as a legal opinion is awaited from the Ministry of Legal Affairs.

The previous recommendation from the FROC, that an assessment of all relationships between public and private entities be conducted to accurately ascertain the true status of any possible Public Private Partnerships (PPPs) and related contingent liabilities, has not been addressed.

(ii) not met the quarterly reporting requirements for three consecutive quarters in the last year or (iii) recorded negative equity on its audited balance sheet in the last three years.

The data submitted by the Macroeconomic Policy Unit for the preparation of this Report does not capture that of the covered entities as required by the Act. This omission has given rise to the caution applied in the assessment of a number of Rules and Targets.

However, the MPU has made progress in building a full data set for covered public entities; and the FROC trusts that this short coming will be rectified in 2020.

To ensure that Government’s fiscal and financial affairs are conducted in a fully transparent manner the FRA as well as the Public Finance Management Act (PFMA) and the Public Debt Management Act (PDMA) requires the submission to Parliament of a number of Reports.

To this end, the following Reports were tabled in Parliament in November 2019 –

Macroeconomic outcomes for Grenada continued to validate that fiscal responsibility can coincide with economic growth. The year 2019 represented seven (7) consecutive years of real GDP growth in Grenada averaging 4.5 per cent.

It also marked the fourth (4th) since the fiscal responsibility legislation came into force, and it culminated with relatively good macroeconomic prospects for the country despite potential downside risks and uncertainty.

The economy experienced a soft landing in 2019 as economic growth slowed to 3.2 per cent, from 4.1 per cent in 2018, and below the budgeted forecast of 4.7 per cent. Growth remained concentrated in the education sector and tourism industry.

The deceleration in tourism was transmitted to lower spillover effects in sectors such as transportation, and wholesale and retail trade. A fall in overall construction activity in 2019, was another signal that the economy cooled off in 2019.

These developments were accompanied by growth in average consumer prices of 1.0 per cent, similar to an increase of 0.8 per cent in 2018, and notably below the budgeted forecast of 2.8 per cent.

With developments in real GDP, the unemployment rate for the country is expected to have fallen by the end of 2019, from the previous year.

In the public sector, the Central Government registered a primary surplus of 6.8 per cent of GDP for 2019, slightly below the surplus gained in 2018 but above the budgeted value of 6.0 per cent.

The surplus in 2019 stemmed chiefly from higher current revenue, largely owing to year-on-year increases in taxes on property, international trade, domestic goods and services as well as in non-tax revenue.

A comparison of Central Government’s fiscal outcomes in 2019 with budgeted forecasts for 2019 showed evidence of wage restraint and tax shortfalls.

The wage bill, the largest component of current expenditure, was $22.2m below the budgeted allocation of $275.4m, partly reflecting attrition and unfilled budgeted posts. At the same time, discretionary spending on transfers ($163.4m) and goods and services ($132.8m) were beyond their budgeted amounts by $11.2m and $8.0m respectively.

The largest variance was for capital expenditure which reached $85.7m (2.6 per cent of GDP), $110.8m below the budgeted allocation, due to implementation challenges.

The rate of implementation of the capital budget was consequently 43.6 per cent. Meanwhile, total tax receipts, which rose year-on-year, underperformed relative to budget expectations by $8.7m.

There were revenue shortfalls in tax heads associated with income, profits, consumption of domestic goods and services, and international trade.

Among other receipts, budgetary grants totaled $21.8m, $16.6m greater than budgeted. 2.6 Complete data on the stock of public sector debt is not available.

Based on the available data, the public debt to GDP ratio was estimated at 73.6 per cent in 2019, down from 79.9 per cent in 2018. Economic growth and the primary surplus in 2019 would have contributed to an improvement in the ratio.

(i) A $5.0m reduction of the re-issue size of a 365-Day Treasury bill on the Regional Government Securities Market (RGSM); and (ii) retirement of a $4.0m privately placed 2-year note upon maturity.

COMPLIANCE WITH FISCAL RULES AND TARGETS:
The sustainability of Government finances over the short, medium and long term consistent with a sustainable level of debt (one of the specific objectives of the FRA) depends heavily on the level of compliance with the Fiscal Rules and attainment of the Fiscal Targets.

Government has seen significant improvement in its finances in recent years arising from structural reforms and adjustments. Fiscal prudence, in particular, enhanced tax administration and efficient management of expenditure, needs to be maintained as the economy grows.