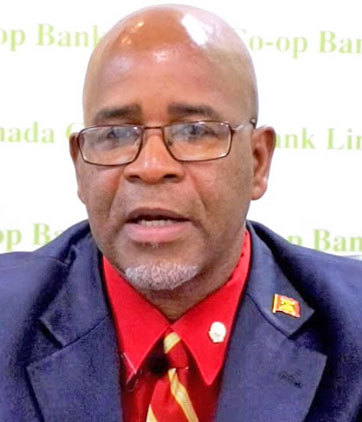 Grenada’s Fiscal Responsibility Oversight Committee (FROC), continues to be concerned about lack of data on the financial situation of Statutory Bodies in the country.

During the presentation of the 2019 report on fiscal rules and targets of the Fiscal Responsibility Act, outgoing Chairman Richard Duncan warned that the government could find itself in a difficult position if the situation is not addressed.

The Fiscal Responsibility Act (FRA) was introduced to enable better fiscal management of the country’s affairs under the Structural Adjustment Programme.

“Central Government could be surprised and embarrassed because these things can land on your doorstep,” Duncan said, during a media briefing on Wednesday.

Duncan offered the MNIB as an example of how things can go wrong without strict oversight and reporting on the financial activities of Statutory Bodies.

The MNIB earned a place in the spotlight when it was exposed that it was deeply in debt and plagued by financial mismanagement.

Collecting data on the financial performance of the thirteen Statutory Bodies has been a problematic area for the FROC since its inception four years ago.

Information such as revenue, wage bills and primary expenses have been either under reported or not submitted to the Ministry of Finance.

Among the Statutory Bodies listed are Marketing and National Importing Board (MNIB) and the Gravel, Concrete and Emulsion Corporation.

Central government debt is listed at almost $2 billion and $166.8 million owed by State-owned Enterprises, excluding Statutory Bodies for which no data was submitted.

Under Parliamentary regulations such entities are obligated to present yearly financial statements to the Houses of Parliament but most have not been compliant with reports not being submitted for more than a decade in some cases.

Also commenting on this problem was Zanna Barnard, an economist representing the Eastern Caribbean Central Bank on the oversight committee who explained that this data is needed to properly assess Grenada’s compliance under the Fiscal Responsibility Act.

As a result the provisional report for public sector debt is understated, Barnard said.

The matter of an official classification for PetroCaribe, the oil alliance between Venezuela and Caribbean States, has again been highlighted in the FROC report.

The debt is $372.1 million and while the FROC continues to include it in their reports over the years, they are still waiting on a legal opinion from the Ministry of Legal Affairs about whether PetroCaribe is a State Enterprise or a private entity.

“The debt of PetroCaribe is a liability of the State, based on what we have seen and what we understand the situation to be,” Chairman Duncan explained.

Regarding some of the five main rules and target of the Act, Public Sector Debt to GDP ratio which must exceed 55% has been rated at non-compliant at 73.6%.

Public Private Partnership (PPP) contingent liabilities which is not to exceed 5% of GDP was also rated as non-compliant in 2019.

The act says that the Wage Bill to GDP ratio is not to exceed 9% of GDP. The government was compliant, at 7.7%, however the FROC indicated that caution should be applied.

Reporting on Private Public Partnerships (PPP), was also an area of weakness noted yet again by the FROC.

The 2019 report said, “The FROC is still not satisfied that the MPU (Macroeconomic Planning Unit), has a firm handle on this subject.

“Apart from one entity, the Fiscal Authorities are yet to scrutinise the relationships between public and private entities. This would give the FROC the comfort and assurance that there are indeed no PPPs.”

Chairman Duncan said the Committee does not have the resources to research the data on its own and has to rely on the government.