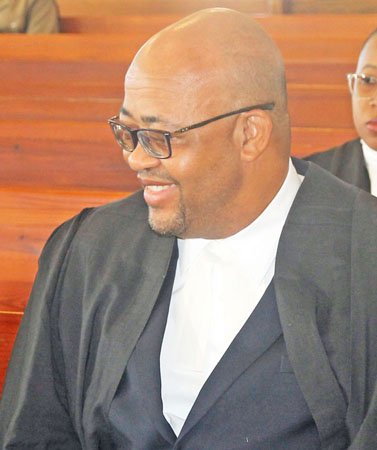 After more than 20 years practicing Law, former Attorney General of Grenada, Rohan Phillip has been appointed by the Judicial and Legal Services Commission (JLSC) to act as High Court Judge of the Eastern Caribbean Supreme Court (ECSC) in St. Lucia from January 26 to April 9, 2020.

When contacted by THE NEW TODAY on Tuesday, Attorney Phillip said he is currently awaiting details as to whether the appointment will be in the civil or criminal court.

“They have not indicated to me…I don’t know if they would communicate that with me before I leave or when I get there but as we speak now, I honestly don’t know whether it would be civil, criminal or both because sometimes they do both court areas,” he said.

According to Phillip, who was elated with the appointment, although he is yet to receive an itinerary, he suspects that “it (his departure from Grenada) would be round about January 23 or 24, to get there at least about a day or so before but really I don’t know.”

Called to the local bar on November 5, 1998, Phillip worked with the Government of Grenada from then until 2000, when he went to Belize to serve as Crown Counsel in the office of the Director of Public Prosecutions (DPP) for a period of three years.

He then returned to Grenada and started working with the law firm of Henry Hudson-Phillips & Co for the next two years.

Phillip went out of Grenada on another overseas assignment to work with the Secretariat of the Organisation of Eastern Caribbean States (OECS) for about 1 year and a half before returning to the island.

He became the island’s Attorney-General during the 2008-13 period in government of the National Democratic Congress (NDC) of Prime Minister Tillman Thomas.

During the historic opening ceremony of the New Law Year on Monday, Chief Justice Janice Pereira congratulated Attorney Phillip on his appointment, along with Chief Magistrate Tamara Gill, who is now on her second stint as a High Court Master.