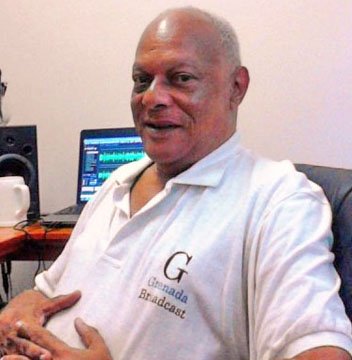 Being under lockdown, a consequence of worldwide efforts to win the battle against the ghastly coronavirus, presents as much challenges as it does opportunities.

So, there I was, enjoying nightly entertainment on the local Gayelle Television Station out of neighbouring Trinidad and Tobago, with host Errol Fabian.

It so happened that as soon as I tuned in to last Monday night’s show, I was greeted with the Mighty Sparrow’s “Memories.” That eloquently delivered piece of musical artistry was nothing other than a tribute to the late Tony Hall who suddenly passed away earlier in the day.

As if by a share act of faith, a few hours later I received the sad news of the passing of my dear friend, George Grant!

My immediate reaction was: What? George Grant is dead! I wondered what happened! My heart instantaneously filled with sorrow! Why?

In this poignant piece, “Memories,” the Mighty Sparrow ruminates: “…Every year somebody dear give us cause to shed a tear and mourn, for they are gone. Now all that’s left is a faint memory, based on the theme of a strange melody. Still, we must think of them and recall their image with pride, telling people from deep inside, this is dedicated to those who died…”

George Grant was indeed dear to me. Even though I am tempted to shed a tear, the nobility derived from our friendship is surely enough to overcome some of the emotions I endure. Memories of this brother will no doubt live on in my heart and mind for decades to come.

I do not immediately recall the circumstances that led me to George’s path. But, the sense of fulfillment that emerged after my first of several appearances on his “Sunday With George Grant Show” was sufficient to lead us down the road of a long and rewarding friendship.

Whether it was plain ole talk about issues relating to life in general or deeper scholarly conversations regarding economics and politics, George was astonishingly great at both listening and conversing. The passion with which he engaged is something worthy of mimicry.

Despite his widespread knowledge base, strong intellectual capacity, caring as a fellow human being and fervor for life, the one thing, above all others, that remains with me was George’s unwavering determination to stand up for what he felt was righteous. Consequently, he called a spade a spade, without fear or favour!

As Steve Jobs once famously said: “No one wants to die. Even people who want to go to heaven don’t want to die to get there. And yet death is the destination we all share. No one has ever escaped it. And that is as it should be, because Death is very likely the single best invention of Life. It is Life’s change agent. It clears out the old to make way for the new.”

George, you have been a trailblazer in your chosen field of journalism. You have left your mark on your field. Many have learnt from you. You will pass the baton no more. But, unquestionably, you have cleared lots of debris along the journalism road so that others can now pick up where you left off and continue the good fight, sharing news and entertaining us all!

George, you have lived your life to the fullest and have touched so many people during your brief time here on planet earth.

Hence, the only thing left for me to say to you is goodbye my dear friend. May your soul rest in immortal peace!