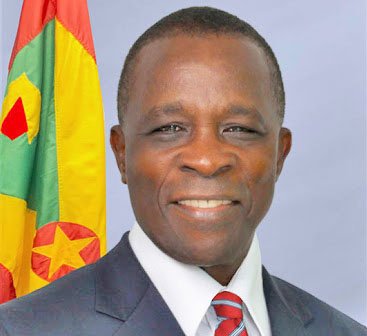 The ruling New National Party (NNP) government of Prime Minister Dr. Keith Mitchell is coming under increasing fire for a EC$5 million package to be passed in Parliament on Friday to be put at the disposal of a category of persons known as “severely impacted” because of the coronavirus.

Several critics have accused the administration of attempting to use taxpayers’ money to put into the hands of its supporters as was the case in the aftermath of the widespread destruction to the island in 2004 following the passage of Hurricane Ivan.

The EC$5 million package was introduced as a new item for Parliamentary approval during Tuesday’s meeting of the Finance Committee of the Lower House which is dominated by Members of Parliament on the Government Side.

It was brought to the attention of the committee by Public Utilities Minister, Gregory Bowen, the current Leader of Government Business in Parliament.

Bowen also told legislators that no one has pledged any free or grant money for Grenada as a result of COVID-19.

A debate then ensued between the Parliamentarians on the correct terminology of the phrase “severely impacted” in order to determine who will qualify for financial assistance from government.

Following are extracts from Tuesday’s Minutes from the meeting of the Finance Committee:

“Honourable Gregory Bowen indicated a new bullet point to read ‘5.0 million for assistance to other seriously impacted groups’. He mentioned that the amendment was circulated to the Clerk of Parliament.

“The Chairman (Prime Minister Dr. Keith Mitchell) replied in the negative and said the change was only for the wording and not the amount.

“Honourable (Oliver) Joseph suggested that the word ‘impacted’ be replaced with ‘disadvantaged’ in view of the fact that everyone was affected by the situation. He spoke on the importance for the section to be carefully crafted in order for the right criteria to be addressed.

“Honourable (Dr. Clarice) Modeste-Curwen mentioned that Minister Bowen had indicated that the term ‘severely impacted’ could be used, in view of the fact that some people were more impacted than others.

“Honourable Bowen noted that the term ‘severely’ could also be used.

“The Chairman (Dr. Mitchell) noted that a specific point was being made by Minister Joseph. He stated that although someone may be severely impacted, he/she may be able to withstand the severity of the impact.

“The Chairman noted also that whilst someone may be negatively impacted, and due to other challenges being experienced, he/she might be in a difficult position to cope with the effects of COVID-19.

“Minister Joseph suggested the use of the word ‘disadvantaged’ and said it was important to show that the person was made worse off because of the COVID-19.

“A discussion ensued and Minister Steele suggested the use of term ‘whose survivability is threatened’, which could mean that the negative impact was so great that the person’s continuation of business was in jeopardy.

“Further discussion ensued and the Committee agreed to use the term ‘severely impacted’.

THE NEW TODAY has received a number of comments from locals on the controversial EC$5 million package that will be approved at Friday’s sitting of Parliament.

One local living in the United States indicated that this is no time for the Mitchell-led government to be playing politics with taxpayers’ money and that the regime should be reminded of its loss of face with the voters in the 2008 elections due to its handling of the financial affairs of the nation in the post-Ivan period.

“Severely impacted” is a very subjective term …. so, who has independent oversight for equitable distribution of this money? Remember even though he (PM Mitchell) played politics with Ivan he still loss election.

Another Grenadian who spoke on condition that he was not identified said that the EC$5 million package is “not neutral and is flawed” from the onset of the proposal.

….. it’s amazing that these so-called educated politicians have such a narrow view … it’s time to serve the PEOPLE of Grenada”, he said.

Another Grenadian who raised eyebrows over the so-called financial package targeted at the so-called “severely impacted” voiced concerns about the criteria to be used by government to identify the persons to benefit from the money.

“Who will have oversight of the distribution?” was the question asked by the individual.

“We as a people need to stand up now more than ever and be counted. We must demand better accountability from our Prime Minister,” chipped in another local.

A Grenadian working with a major financial institution in the region raised concerns over the silence of the main opposition National Democratic Congress (NDC) on the EC$5 million package to be approved in Parliament on Friday.

He chided the Congress leaders for giving tacit support to the Mitchell-led government and failing to understand that the NNP regime would use the opportunity presented now to provide mainly for its supporters at the expense of the rest of the country.

NDC leader Franka Alexis-Bernardine is believed to have met with Prime Minister Mitchell at his invitation about a month ago at the onset of the COVID-19 in which he sought support from the main opposition party to help fight the deadly virus.

The official feared that the NDC has been left compromised based on an offer extended by Dr. Mitchell for some of its leaders to serve on the COVID-19 sub-committees and feared that the Prime Minister “had tied up the Opposition and they can’t pull out now.”

The official indicated that Alexis-Bernardine’s position “to support cap blank government policies during this time is foolish and politically naïve”.

He said: “Did she not study the post-Ivan experience where only (NNP) party supporters received assistance?

Didn’t her deputy Adrian “Persuader” Thomas in St. David’s in a recent GBN interview mentioned that hampers were being given out only to party supporters?

According to the official, he suspects the EC$5 million package will be spent in business outfits that are known to be closely aligned to the ruling party at the constituency level.

“Come election time a favour would have to be returned – that’s one of the sources of election finance. Franka and that bunch ain’t cutting it. Their representatives on the 2 or 3 committees would be marginalised and sidelined in quick order as was the case after Ivan. If you don’t study your history you will be condemned to failure,’ he said.