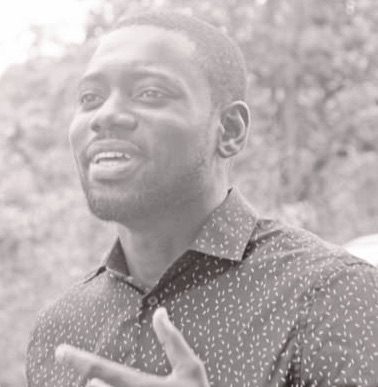 Sen. Ron Redhead - put under the 'sword' by government Senators

Opposition Senator, Ron Redhead, who was absent from the sitting of the Lower House of Representatives last Thursday, was lambasted for what was described as “unfounded” and “reckless” claims by him of there being unclean water in the community of Mt. Rich, St. Patrick.

Sen. Redhead who is a member of the opposition Congress party, made his claim in the previous sitting of the Senate in which he showed a bottle of water with the questionable content.

“I have here some liquid in a bottle. This is water from the Mt Rich dam in St. Patrick. A few of its residence asked me to raise this as a concern, and I believe it should form as our basis as we go forward with the issue Mr President, of access to clean drinking water”, Sen. Redhead told the Senate session.

According to the opposition member, some of the residents in the Mt. Rich community complained of the water having an “unpleasant scent and taste” and has caused “constipation and diarrhea” after consumption.

“Now this is a grave concern, I believe Mr. President, that the Ministry of Health and the line ministry in conjunction certainly with NAWASA should look into this, and I want to raise this as a big issue because I think Mr. President, access to clean drinking water in our communities must be a right. And rural communities, as you know, have issues with sanitation that sort of thing and we must all try and play our part in ensuring Mr. President that they have access to clean drinking water,” he said.

Leader of the Government Business in the Senate, Simon Stiell expressed his disappointment in the Senator for the claims he made, as investigations conducted by the National Water and Sewerage Authority (NAWASA) showed no evidence.

“I contacted NAWASA, the General Manager, and a thorough investigation was initiated. Engineers, teams were sent out to the region, looked at all of the equipment in nearest pumping stations, the water supply to those communities, water qualities were tested throughout the area, equipment was checked and there was no evidence…no evidence of any form of contamination to that water. They went into the communities, they went to households, they interviewed persons, spoke to local residents, tested water on residents properties and again Mr. President, no evidence…not even any complaints in their investigations,” Senator Stiell said.

The senior government minister also took issue with Sen. Redhead’s assertion of “foul smelling water”, and “bad tasting water, water that was causing everything from constipation to Diarrhea”.

“How you can have those two extremes? I am no medical expert but that kind of seems a little extraordinary to be that the sickness that was being inflicted on those communities. We also had the theatrics of Senator Redhead bringing a bottle of water that looked pretty clear and clean to me, Mr President, that the theatrics of presenting a water bottle and lecturing us on the fact that access to clean drinking water is a human right, as if this government, this administration was failing its people in supplying clean safe drinking water to its people and that we were failing to do what we had to do,” Sen. Stiell said.

The government minister told Senate President, Chester Humphrey that based on the investigation that were carried out, the claims made by Sen. Redhead are unfounded and he should be cautioned for his utterances.

“If it turns out that these claims are actually unfounded and unrelated, then I would wish to caution through you, Mr President, the Senator, for the recklessness of those statements, the immaturity of those statements, not taking into account the true welfare of the people, trying to create some mass hysteria, for what, for what, Mr. President, for politics, for politics sake? You’re going to stand on the floor of the parliament of the people to make unfounded, wild allegations that do not only speak to the people of Grenada, but it also speaks to these statements, what we say in this house is broadcasted internationally. What impact does that have on our tourists, visitors to our island, their confidence in the public services that are provided, the economic considerations.

“…Mr. President, these statements are wild and unfounded and through you, the Senator needs to be cautioned. He cannot use this parliament, this senate, this chamber as a platform for fake news and for cheap, cheap politics.

Sen. Stiell stated that NAWASA is now awaiting the names of the complainants from Sen. Redhead to conclude their investigations.

“NAWASA has written directly to Sen. Redhead to ask him to provide the names of the persons who claim to have a combination of diarrhea and constipation to identify those persons so that we investigate further. The only possibility that’s currently outstanding – and Sen. Redhead has that responsibility to identify those persons – is that there could be contamination on those residents’ property, not through the fault of NAWASA in terms of where the water is fed to the property, but whether there is something peculiar, whether water storage, whether there is something on the premises, within the homes of these individuals that could have caused this problem and if that is the case, that is not the fault of NAWASA,” he said.

Minister in the Ministry of Climate Resilience with responsibility of Disaster Management and Information, Sen. Winston Garraway called for Sen. Redhead to retract the statements made by him at the then sitting.

“I do trust that he would be man enough to retract those statements and of course apologise – retract and apologise to the nation. We travel quite a lot around the world in climate change fora and to listen to the international community commending Grenada for all the services that we provided and to have someone trying to hurt our face, hurt our noses, for what, politics? We have to mature, grow beyond this, we have a country, a nation to build and every time we hit those low jabs to try to score political points, it hurts us, we have to do better; we must do better,” Sen. Garraway said.