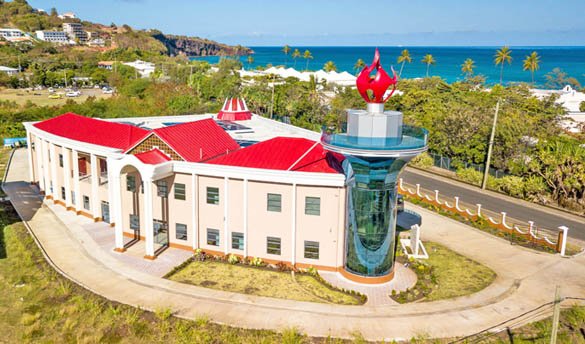 An executive member of the Grenada Olympic Association (GAO) who is facing allegations of corruption and financial wrongdoing has been summoned to appear next week before the Finance Committee which is engaged in an ongoing probe into the matter.

According to a well-placed source, the five-member committee met Wednesday and took the decision to notify the official that he should present himself at the GOA headquarters at Morne Rouge, St. George’s to be questioned about the allegation.

“We have concluded as the Finance Committee that we will continue with our investigation and we shall summon the gentleman to appear before us,” said one official close to the investigation.

Under the GOA Constitution, the Finance Committee is responsible for controlling the financial administration of the company and also safeguarding the funds of the body.

THE NEW TODAY understands that the committee is headed by retired city banker, Kingsley Ashby who was once associated with Scotiabank and his deputy is Ralph Lord, a former secondary school teacher.

The allegation which was first reported in last weekend’s issue of THE NEW TODAY concerns three payments amounting to EC$425.00 to an executive member of the association as kickbacks from a landscaper who was recruited to do work on the compound of the association’s building.

A source said that the GOA Executive Board, headed by its longstanding President, Royston La Hee had earlier looked into the allegation and concluded that there was not sufficient evidence to reprimand the Executive member.

However, he pointed out that the Finance Committee has taken the position that it should delve into the allegation on the grounds that the Constitution makes it clear that it is the lawful and rightful body that should control the financial administration of the organisation including all money matters.

“The constitution also says that no Director should benefit directly from the proceeds of the company so if you are trying to extort funds from a man who is working on behalf of the body, it means that you are trying to gain indirectly benefits from the company,” said the source on why the committee is pushing forward with its own probe.

The Board of Directors of the Olympic association held an executive meeting on Tuesday in which the allegation of corruption and wrongdoing was among the items down for discussion.

The source said that the Board has decided to send some communique to the Finance Committee on its meeting in which the corruption and bribery allegation matter was discussed.

This newspaper understands that Ashby who is also the GOA Treasurer and Chairman of the Finance Committee acknowledged at an earlier meeting of the Finance body that he had personal knowledge of the matter and gave an explanation on the decision that was taken by the Board on the issue.

Ashby reportedly said that the alleged extortion of funds came before the board and that a lawyer who is a member of the body informed the gathering that it was a matter of the Landscaper’s word against that of the GOA Executive member and there was no basis on which they could do anything more and “stopped it (the probe) right there”.

The source indicated that a member of the Finance Committee became aware of the issue and was able to convince other members that it should take a second look into the allegation.

Lord who is the Deputy Chairman of Finance is said to have argued at a meeting that the Committee should not accept the manner in which the board handled the matter and that it should take over the proceedings.

“We expect the gentleman (Executive member under investigation) to be before us to continue the investigation. The Group expects that sometime next week that the gentleman will come before the Group,” the source quoted a Finance Committee member as saying.

He added that it was more than likely that the committee will be interviewing other persons in connection with the allegation of financial wrongdoing and corruption within GOA.

The Finance committee has already held a session in which the Landscaper was invited and did give evidence before members on the alleged wrongdoing by the Board member.

Apart from Ashby and Lord, the other members sitting on the GOA Finance Committee are Rondell Johnson who is associated with Republic Bank, as well as Johnson Deon who owns and runs his own financial firm and Claudia Francis, a retired accountant with Pannell Kerr Forster.