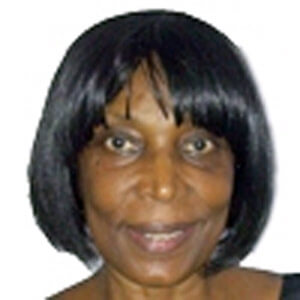 Female attorney-at-law, Brenda Wardally-Beaumont has been disbarred and can no longer practice as a lawyer in Grenada.

The decision to ban Wardally-Beaumont was announced in court Tuesday by one of the sitting high court judges.

As far back as December 17, 2014, the High Court had delivered a decision that the conduct of the female lawyer should be referred to a disciplinary tribunal comprising at least two Judges of the Supreme Court for a determination whether she should be suspended from practice or struck from the Roll for professional misconduct.

According to informed sources, the recommendation to finally strike out the female lawyer from the roll in the Supreme Court Registry was made by a local Legal body, headed by retired high court judge, Roslyn Wilkinson which is reviewing a number of complaints made by the public against local lawyers.

He said the Grenada Bar Association (GBA) has been officially notified about the decision against Wardally-Beaumont.

He pointed out that the sitting judge informed the court earlier in the day that a judgment which went against Wardally-Beaumont will be delivered in full on Friday during a sitting of the court.

The legal official pointed out that the final straw came in a court matter filed against the female lawyer by attorney-at-law, Alban John who was representing a client in a divorce proceedings.

He said that Wardally-Beaumont, who was representing one of the parties in the divorce collected money for the other party and did not hand it over.

“The couple was divorcing at the time and she received certain monies for the client,” he remarked.

A few years ago, an English judge Gerhard Wallbank had delivered another judgment against Wardally-Beaumont in a local court over a money issue amounting to over EC$350, 000.00 and raised concerns over her continued presence as a lawyer on the island given her conduct.

In his ruling on the Misappropriation of funds by Wardally-Beaumont, the British judge said, “This matter concerns alleged misappropriation by an Attorney-at-Law of funds belonging to a client, the Claimant.”

Walbank went on to say: “Misappropriation by an Attorney-at-Law of client funds breaches a number of fundamental principles that an Attorney-at-Law is bound to uphold. One of these is an obligation on such an Attorney-at-Law to protect a client’s money and assets. This principle goes to the heart of a Solicitor’s duty to act in the best interests of a client.

“Misappropriation of client funds can take many forms. All such forms are seriously egregious. They cause scandal, incalculable distress and anxiety to the immediate victims, and great harm to the administration of the justice system, including to public confidence in the Courts and the legal profession.”

“Misappropriation of client funds is not the preserve of the thoroughly devious, which is why instances undermine the reputation of the legal profession so profoundly – they breach the tenet around which the entire civil administration of justice revolves, that client funds are sacrosanct.”

Wardally-Beaumont is the only Grenadian attorney-at-law known to be disbarred from practicing in a local court in the past 40 years.

The legal insider also told THE NEW TODAY that the Wilkinson-led committee is reviewing the conduct of several other practicing lawyers and plan to make recommendations for the disbarment of some of them.