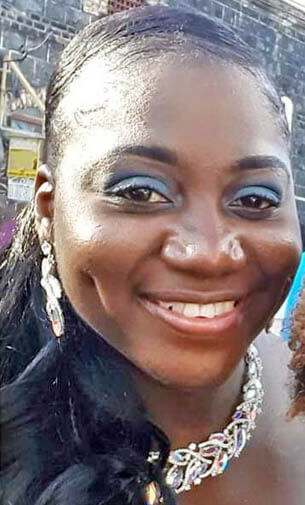 Dorriar Benjamin – charged by the police for the offence

A St. Patrick woman was charged by police in connection with the theft of nearly EC$200, 000.00 from Hills & Valley Pharmacy.

Police have identified the individual as Dorriar Benjamin from the small village of Hermitage in St. Patrick East.

An official police report said that Benjamin was arrested and charged last Friday on six counts each of Money Laundering and Stealing by Reason of Employment cash amounting to $130,651.27 from the pharmacy.

THE NEW TODAY understands that this was the second time that the female employee was taken into custody by police as she was charged and put on bail a few months ago for stealing a lesser amount from her employer.

A source familiar with the incident said that the employee who worked as a cashier at Hills & Valley allegedly stole the money from its two branches in St. George and Grenville in St. Andrew over a period of time.

He told THE NEW TODAY that the female employee took advantage of what was described as “a lapse in certain vigilance” at the pharmacy to steal the money.

He said that a Supervisor was doing her daily routine of checking on items in stock and detected that something was wrong with the quantities of a particular item in the system and became suspicious and it was pointing in “a particular direction”.

“She (Benjamin) was returning goods into the system and taking the money as though somebody had brought back the goods and took the cash,” he said.

This is a regular practice done by cashiers in supermarkets to steal from their employers.

According to the senior staffer at the pharmacy, the suspect had initially “confessed” to the first crime but has since retained a prominent attorney-at-law in the city to represent her in the matter before the court.

Benjamin has recently won a Lexus vehicle in a raffle that was done by the Royal Grenada Police Force (RGPF) but is still to collect her prized vehicle.