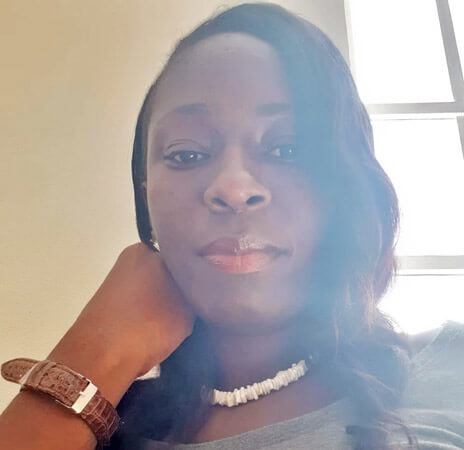 Female social activist, Cassandra Mitchell has vowed to leave no stone unturned in her efforts to get to the bottom of an issue with MoneyGram that blocked a financial transaction to her from the United States.

In an exclusive interview with THE NEW TODAY, Mitchell warned that if the ruling New National Party (NNP) government of Prime Minister Dr. Keith Mitchell is involved in any way in the matter then she would be forced to take the matter to court for adjudication.

“If the directive came from our government and continues to infringe on my fundamental right to eat and to have money which is basic to me then I am going to have to call for judicial review of the law that gives them the right to do so,” she said.

Mitchell has already pointed a finger at the Financial Intelligence Unit (FIU), under the command of Superintendent of Police Tafawa Pierre, the husband of Education Minister, Emmalin Pierre as the outfit behind the blocking of the funds.

The FIU is known to work closely with the commercial banks, insurance companies, credit unions and other financial institutions on monitoring the movement of money in and out of the country.

According to Mitchell, the only information that is forthcoming from MoneyGram is that the financial transaction which was in the vicinity of US$150.00 was considered as “unusual”.

“I am still at a loss as to what is going on here. Nobody in the MoneyGram Corporate office knows me. Over the years as a small business person I have used MoneyGram to do wire transfers between countries, it has never been an issue. I have always declared my money and I’ve never really had any problems until now,” she said.

“I have reached out to MoneyGram asking for an explanation and demanding proof of the alleged unusual activity. I need an explanation either from the (MoneyGram) Corporate office or from Grenada since the directive has to come from somewhere,” she remarked.

According to Mitchell, she contacted the hierarchy of the Royal Grenada Police Force (RGPF) and they do not seem to know what is going on.

The female activist from Pomme Rose, St. David called on other Grenadians who have experienced similar treatment from MoneyGram to come forward and share their story.

“There seems to be a pattern by MoneyGram – once you speak up they block your livelihood,” she remarked.

This is obvious reference to an incident just over two months ago involving another young female social activist, 24-year old Michelle Alexander of Richmond, St. Andrew who was blocked by MoneyGram from receiving funds sent to her from the United States to organise a protest action against government on the controversial Coronavirus Protection Bill which was withdrawn from Parliament.

According to Mitchell, she believes that she is being targeted due to her recent activities on the island in highlighting a number of issues that might not be pleasing to the authorities in Grenada.

She related to THE NEW TODAY the encounter with the local MoneyGram office on the financial transaction.

“When I went there (local office) and I couldn’t collect the money and I kept asking why, I was told to have the sender call the location in New York. The local representative here couldn’t give me any reason as to why I couldn’t get the money,” she said.

Mitchell spoke of the sender of the funds contacting MoneyGram directly and the person was then told that the transaction could not be found.

“Somebody will have to give me some explanation – this thing ain’t going to die like in Michelle (Alexander) case. I am not a criminal, I have read the Proceeds of Crime act and I know that the FIU can intervene in cases where the sum is $10, 000.00 and above or where the individual is suspected to be involved in organised crime or whatever.

“So if it (instructions to block the transaction) didn’t come from the FIU and FIU cannot provide me proof that I am involved in crime or that they suspect me to be involved in crime, I am going to take this to the highest level and I am very serious.