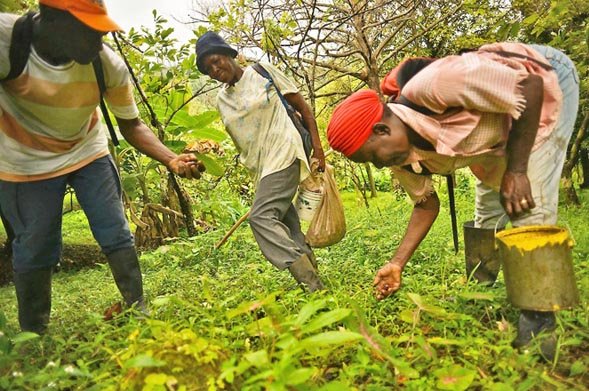 A former GCNA Chairman told THE NEW TODAY that there is growing hostility to the move at the Area meetings started last week by farmers in advance of the upcoming Annual General Meeting (AGM) to elect a new Board of Directors.

The nutmeg official said that the feedback received from the meetings held so far is that farmers are voicing strong opposition to the planned merger of the two associations and the appointment of a new entity in which the Minister of Agriculture will now have sweeping powers in the running of the industry.

He stated that one of the major concerns of the nutmeg producers is the future of the assets of GCNA which is now estimated at over EC$1 billion.

He said the farmers have been “very militant” in those area meetings held so far in St. Mark, Sauteurs and Grenville in St. Andrew.

According to the official, the current GCNA Chairman, Leo Cato brought information to farmers about a meeting held last week with government officials in which they outlined action plan to form the new body to replace GCNA and GCA.

THE NEW TODAY has seen draft legislation put together by the Office of the Attorney General for the dissolution of the Board of Directors of both association and the formation of a new company to be called the Nutmeg and Cocoa Industry Board.

The former GCNA official voiced his strong opposition to the plans by Prime Minister and his Cabinet of Ministers to spring the merger plans in the build up to the GCNA AGM to elect a new governing board.

He said the farmers appear to be at a loss as to why the Prime Minister Mitchell is trying to dismantle the two bodies at this point in time.

“I don’t get it… up to now I’m trying to figure out what’s in his (PM Mitchell’s) head. Why would he think along these lines? If you look at the association is poor people (like) farmers,” he told THE NEW TODAY.

The official warned that Prime Minister Mitchell can expect stiff resistance and will be under “serious pressure” from the farmers in the face of this apparent move and take over of the industry from them.

“I believe that he would have to back peddle and back off,” he said.

The official also denied reports circulating in some quarters that government had provided GCNA with one million dollars to help cushion the association through the COVID-19 pandemic.

“We have not received a penny from government. It’s on the airwaves that we were given a million dollars grant. I don’t know who put that story out – maybe it’s propaganda campaign,” he said.

The former GCNA Chairman admitted that the two commodity bodies had approached government for the money but no deal was arrived at for the funds.

He said that the boards of GCBA and GCNA held a joint meeting to plan ahead for the post-Covid period out of concern that there will be “a market lockdown” for their products on the world market.

“We didn’t know how long (the period will last) so we approached government for a sort of support funding so in case that we have to continue to buy and the international market remained closed. That was our request to them and in the end they gave us all kinds of requirements – they asked for security.

“All we were trying to do was to make sure that we had money just in case the Covid kept the international market closed for a very long period as that is where most of our produce are sold.

According to the official, the government “verbally agreed to give the money” but up to this day no money has been handed over to the coffers of GCNA.

This, he said, happened about a month ago but people at the community level are asking Board members what they did with the money handed over to them by the Mitchell-led government.

“We have not received a penny from the government,” he remarked.