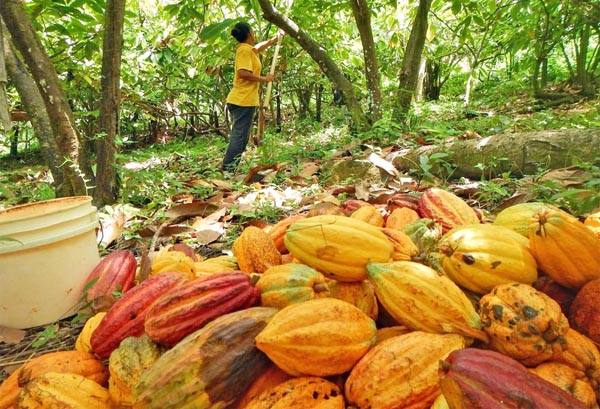 Farmers in Grenada will put up stiff resistance to moves being made by the ruling New National Party (NNP) government of Prime Minister Dr. Keith Mitchell to merge the Grenada Co-operative Nutmeg Association (GCNA) and the Grenada Cocoa Association (GCA) and to liberalise the industry.

In an interview with THE NEW TODAY, a member of the GCNA and GCA bodies said that the farmers are geared up for a fight with government on its attempts to dissolve the two commodity bodies and to form a new single entity to replace them.

He described the proposal now on the table for discussion as “crazy” given what is at stake for the farming community on the island.

According to the official, he has attended virtually all the recent area meetings of nutmeg and cocoa farmers and formed the impression that the government is not getting much support for the idea.

Farmers became incensed when a draft bill to merge GCNA and GCA was leaked to THE NEW TODAY which showed that Agriculture Minister Yolande Bain-Horsford had been given sweeping powers to run the industry including the appointment of all 7-9 directors.

The latest draft bill makes provisions for the governing directors of the proposed Grenada Nutmeg and Cocoa Association (GNCA) to be elected by the farmers themselves but gives the Minister of Finance who is Prime Minister Mitchell oversight of the financial running of the industry.

The long-standing farmer told this newspaper that several things needed to be clarified for the farmers before any thought is given to the merger of the two commodity bodies especially their assets.

He said the nutmeg farmers in particular have millions of dollars tied up in the GCNA Complex on the Lagoon Road in St. George’s which brings in about $70, 000.00 each month for them in rent.

He pointed out that the nutmeg association could not pay farmers a surplus for many years in the form of bonus for their produce since most of the money earned were used to pay off the mortgage on the loan contracted for the building.

“…We have to sort out all these assets business first in relations to shares before we move forward because you can’t move forward hoping that you are going to get shares because after you move forward with a new entity you don’t know what is going to happen. This is one of the things that the farmers would never accept,” he said.

The farmer identified another thorny issue that needs to be resolved before any merger can take place is the question of who will pay redundancy and severance to the displaced workers of both associations.

“These are things that need to be answered before you go forward,” he remarked.

According to the farmer, there is suspicion in the industry as to the true intentions of the government in light of the contents of the first draft that was seen about the merger in which an attempt was made to give the Minister of Agriculture tremendous powers to run the nutmeg and cocoa industries.

“The minister’s name was mentioned about 53 times in the first draft,” he said

According to the farmer, it was only due to the stiff opposition coming from the farmers on the proposed merger that a number of things from the first draft “were pulled out completely”.

He said it is clear that the Mitchell-led NNP government is now “trying to soften their approach” with the move afoot to merge GCNA and GCA and to attempt to liberalise the industry.

A Merger Committee involving three representatives from government and the heads of GCNA and GCA are currently holding weekly sessions to bring together the two commodity bodies under one umbrella.

The industry officials have already pointed out to the government that liberalisation is not an option up for discussion on the table at this moment.