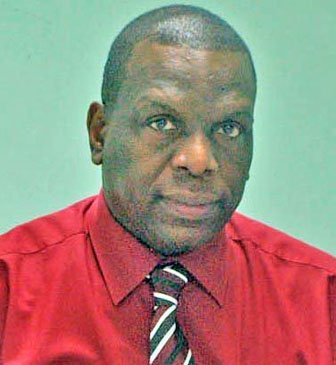 Grenada might have been left embarrassed over reports that about three locals have disappeared from the season Farm Labour programme in Canada.

THE NEW TODAY has contacted Labour Commissioner Cyrus Griffith who said that he had heard a report about one worker who might have run away from the farm on which he is assigned but cannot confirm if this was the case.

“I am doing some further investigation on this thing because we don’t want the programme to go into jeopardy,” he added.

According to Griffith, he has already made direct contact with the Eastern Caribbean Liaison Service (ECLS), which is the agency that is used by Grenada to source farm labour contracts for the island.

“I can’t disclose anything else yet until I get more information from ECLS – they are responsible for monitoring and checking those farms to see if those guys are ok, etc….so we’re waiting on information from them,” he said.

“I have no information from them yet. All we are getting is a set of sketchy things. We deal with them, not the farms. They deal with the farms so they have to give us the information, so until they get concrete information to us …until such time, we can’t say anything,” he added.

Griffith disclosed that ECLS is reluctant and not willing “to discuss anything yet until they have confirmation” and the situation is being compounded by the fact that the agency cannot get around to the farms due to the impact of the coronavirus.

In addition, he said the farms are scattered across the vast Canadian landscape and it takes a lot of driving to check them to get an idea about the status of the Grenadian workers involved in the programme.

Griffith announced that 17 locals who were scheduled to leave the island on March 18 for employment on Canadian farms eventually flew out on June 4 to pick up their contracts with help in their flight arrangements from the Canadian government and the farms.

He described those who managed to get into Canada as old hands who have been employed by Canadian farms for the past 20-25 years.

The Labour Commissioner could not give any specific information on how many more Grenadians are waiting to leave the island to take up contracts on Canadian farms this season.

“We can’t say how much (are) lined up yet – because we aren’t sure – based on the COVID things – it’s just starting to ease up to an extent. (Planes) aren’t ‘even starting to fly yet,” he said.