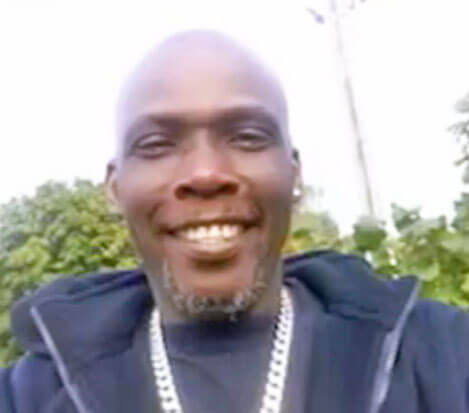 The 49-year old Grenadian farm labourer from St. David who died in Canada earlier this week on the job might have succumbed to a heart attack.

According to an official in Canada, the report given by the hospital in Canada is that Dunbar Horsford who is from Dudmar “died from a heart attack”.

He said that Horsford, the father of three, was driving a tractor that had about 3 or 4 cars with apples and was making his way back to base from the heartland of the farm when the accident took place.

He told THE NEW TODAY that there were other Grenadian workers driving behind him and they tried to rescue him.

“What they reported is that they saw that he (Horsford) was losing control of the tractor and there were efforts to try and pull it back. It was on a slope – they lost control and the tractor went down into a ditch. They ran and rescued him from that and took him to the hospital.

THE NEW TODAY was told that the Canadian police have taken possession of the tractor as part of their investigation to determine the circumstances of the accident.

The official said it is hoped that this probe by the Canadian police would provide “a more conclusive thing as to whether or not that tractor was mal-functioning or there was any issue with it”.

Grenada’s Consul General in Canada, Derek James is expected to meet sometime next week with the remaining four Grenadian labourers on the farm.

The owner of the farm has also announced that a memorial service will be held for Horsford before the body is flown back to Grenada.

Horsford is considered an “old hand” and has been working on the Canadian farm labour programme for several years.

A government insider told THE NEW TODAY that Consul General James and the Eastern Caribbean States Liaison Service office, the body that is responsible for the contract of the local farm workers are co-ordinating with Horsford’s family to bring the body back to Grenada for burial.

A school teacher reported that Horsford used to assist the children in the area by bringing down apples for them from Canada.