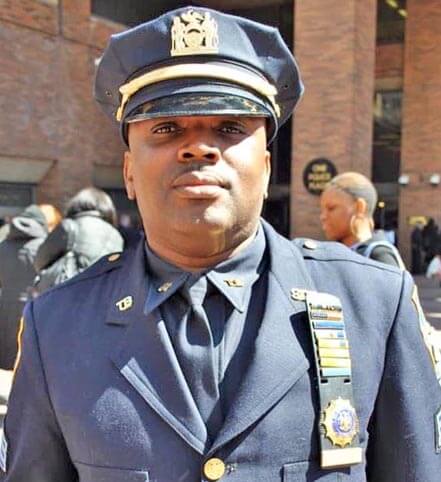 Retired member of the New York Police Department (NYPD), Nimrod Olivierre has his eyes set on the St. George North-east seat for the ruling New National Party (NNP) in the next general elections.

Well-placed sources told THE NEW TODAY that Olivierre who retired a few months ago from the NYPD is back home permanently with a view to getting the nod to contest the seat.

The current Member of Parliament for the constituency is Tobias Clement who won the seat in the 2013 and 2018 elections on the NNP ticket but resigned from the party just over a year ago citing differences with Prime Minister Dr. Keith Mitchell.

According to an informed source, Nimrod has given up his official status in the United States to become eligible under Grenadian law to contest a seat in the national poll.

Under the Grenada Constitution, only citizens of Grenada and the Commonwealth are entitled to stand in general elections.

Nimrod has reportedly confided in a close associate that he is interested in the seat in the North-east but that is up to the party to decide upon the candidate.

The source pointed out that the ex-member of the NYPD wanted to get involved in local politics before as he had his eyes on the St. George North-west seat with the hope of being the successor to the 74-year old ageing Prime Minister Mitchell.

Related Article:  “Doctors and nurses are reluctant to attend to Covid-19 patients”

He said that Nimrod backed away as his wife did not want him to get involved in frontline politics.

“I don’t know what has changed now,” said the source.

Nimrod is living in a house that he purchased some years ago in the well-to-do Fort Jeudy area which is in the South St. George Constituency.

The ex-policeman from New York had shipped in a number of items including about three crates of hams from the United States for distribution during the Christmas holiday period to poor families in both the St George North-east and North-west constituencies.

The hams reportedly did not arrive in time for Christmas and were expected to be distributed as a New Year gift to residents in the two neighbouring constituencies.

“All of that is part of the campaigning,” said the source.

The next general election is constitutionally due in 2023.

Dr. Mitchell’s NNP had swept all 15 seats at the polls in the last two general elections.