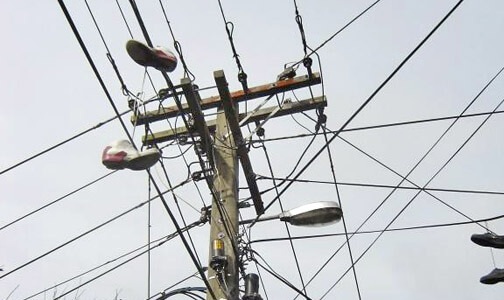 Photo of a Grenlec pole with electrical wire on it

A former minister in the defeated New National Party (NNP) government is believed to be doing a lucrative business with the state-owned Grenada Electricity Company (GRENLEC) in the sale of extra electricity generated from a solar farm in the St George area.

According to a well-placed source, the ex-government minister is apparently generating a lot of electricity that Grenlec was forced to come into the area to make changes to its poles in order to accommodate the surplus power coming from the farm onto its grid.

He said the former government official was producing so much power that the electricity company was forced to change about seven of its poles.

“The power they were generating coming from the solar panels back on the Grid was too much for the short poles and it was going to feed back,” he told THE NEW TODAY.

“They had to change it (the poles) because the electricity that was generated with the Solar Farm that he has up there and selling back to the Grid is sending a lot of electricity to the high tension (wires) – so they had to bring the power higher,” he said.

The source disclosed that if anyone visits the area now what they will see is that all the previous short poles were replaced with very tall poles by Grenlec to accommodate the ex-government minister and his business.

“So the poles ….near to me are very tall poles, not your ordinary poles,” he remarked.

The source pointed out that he sensed something was happening when he noticed the ex-government minister and the Grenlec workers going from pole to pole in the area to do an inspection.

“…They (were) going from pole to pole and they (were) pointing out certain things for him. Within about 3 weeks to a month we saw the poles changing. We saw when all the solar panels go up there too,” he said.

The source stated that the ex-former government minister would have had to spend a tidy sum of money to establish the elaborate solar farm that is located on his property.

Grenlec fell back into the hands of the Keith Mitchell-led government nearly two years following a ruling from an international arbitration tribunal hearing that forced it to find over EC$200 million to repurchase the controlling shares from U.S company, ‘WRB Enterprises.’

Ex-Prime Minister Dr. Keith Mitchell was very much opposed to the decision taken by the 1990-95 National Democratic Congress (NDC) administration of late Prime Minister Sir Nicholas Brathwaite to privatise the loss-making utility company, which was notable for frequent load-shedding due to ageing equipment.

New Congress Prime Minister Dickon Mitchell has dropped hints that Grenlec which is known to be experiencing financial losses might have to look for a new strategic partner to stay afloat.