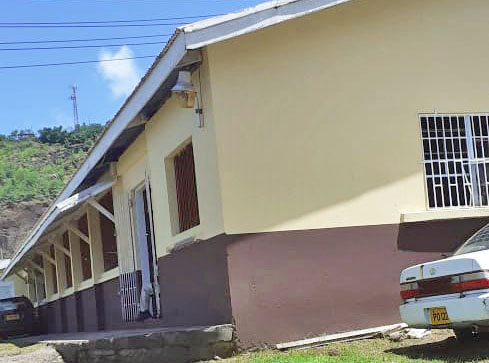 One of Grenada’s top Public Officers has expressed fears that the role of the Public Service Commission (PSC) could become redundant in the next few years as most of the functions being performed by Established officers could be taken over by Imanis who are playing an increasing role under the ruling New National Party (NNP) government of Prime Minister Dr. Keith Mitchell.

According to the officer who spoke on condition that he was not identified, the NNP regime has found a creative way to get around the PSC on hiring employees to work in government service and in the process was eroding the protection of these employees in the Grenada Constitution.

He said the Imanis are now in greater numbers than members of the established workers in the Public Service at the Government Laundry at Queen’s Park, St. George’s.

He described as “atrocious” the current situation at the Laundry as government is seemingly using the enterprise to provide employment for several Imanis.

“When they want to get Imanis (into the public service) they push them inside there. If we have two or three established workers there we must be have a lot in the Laundry,” he said.

The senior public officer claimed that the NNP regime is not replacing retired established workers who operate under the rules of the PSC but filling the vacancies with Imanis.

He said the Imani workers are also not obeying the regulations provided for in the Constitution to govern the operation of public officers, as well as the Methodology on how to do things at the Laundry including adhering to the proper procedures on the job and the proper way to fold clothes.

“…I don’t know who is teaching them. They (Imanis) are not listening to them (established staff) because they were told not to take instructions from the senior staff that is there – the older staff that is there, the staff who know the work,” he added.

According to the senior public officer, it seems that these instructions given to the Imanis are coming from the Imani Supervisors who are mainly operatives of the ruling party.

THE NEW TODAY has heard complaints from other public officers of tension at the workplace with several Imanis who come to work when they want and are refusing to take instructions from experienced staff members who are part of the Establishment.

There are reports that the Imanis are not governed by PSC rules.

The senior public officer said that the Imanis are coming into the work places “very politicised” and “very politically-minded and can be seen all over the public service holding down jobs.

The public officer accused the Mitchell-led government of pursuing a deliberate policy to weaken the PSC and the established staff through increased hiring of workers on contract through the controversial Vote 340 and the 3/10 method that was implemented as part of a Structural Adjustment Programme to tackle a fiscal problem facing the country in the 2013-19 period.

He said that there is just as many Imanis working in the Public Service as established public officers on the government payroll in Grenada under the Mitchell government and expressed fears that “very soon we will have a compromised public service”.

He sounded the alarm that Grenada is already running the risk of eventually seeing what he referred to as government political officers in the form of Imanis having the ability to instruct and direct established public officers on the job.

He said the island is heading on a collision course in which there will be no need in the near future for workers in the public service to seek “the permission from the Public Service Commission in order to give instructions or directions” to established staff in the civil service.

The senior government employee expressed fears that if the erosion of the authority of the Commission is undermined in terms of its laws, rules, regulations, policies then the body will eventually become very compromised later on.

“It has started happening – it is being gradually eroded. What government is doing is bringing on these Imani people to replace Public Officers in established positions. So very soon it will be an NNP Public Service because they will be following the instructions (of NNP Supervisors),” he said.

According to the senior officer, most of the Imanis coming into the public service to work are already much “indoctrinated” and follow blindly “whatever the politicians tell them”.

“No longer questions will be asked when you tell me to do something and I will ask where is the policy, where is the law that gives me the authority to do this. So you see what is happening to us? There will be no established officers to manage – the PSC may become redundant,” he said.

The established public officer issued a word of caution to the Imanis who enter the Public Service that they need to understand that under the 340 Vote they are severely disadvantaged since they cannot lay claim to a pension at the end of the day.

He said: “This 340 thing – it is taking away the right of the public officer to be able to leave the service and say even if they ain’t give me my pension I could go and fight for it in the court. It is taking away that right because they have no right to a pension now and that is what government is doing – they are not creating established positions for these Imanis.

“These 340 and Imanis are disadvantaged because they cannot get a long-term loan in the commercial banks – they can’t attract money in keeping with their very short-term contract of one or two year contracts,” he added.

The senior officer noted that several local commercial banks and credit unions do not give money easily to Imanis and 340 workers but will often contact the PSC to see if these category of workers are permanent on the established staff payroll when they are approached with letters given to these Imanis by government to seek loans.