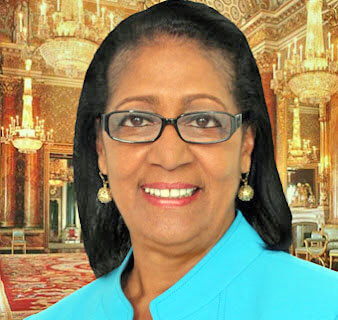 In a face-saving effort, a local high court judge has urged state lawyers to settle out of court a case involving the island’s Head of State, Dame Cecile La Grenade and dismissed Supervisor of Elections, Judy Benoit dating back to 2013.

Well-placed sources told THE NEW TODAY that Justice Raulston Glasgow has made it clear during a hearing of the matter last week that Dame Cecile has little or no chance of winning the case brought against her by Benoit following the manner in which she was sacked from the Electoral Office.

After he returned to power nine years ago, Prime Minister Dr. Keith Mitchell impressed upon the female Head of State to get rid of Benoit who was resisting efforts to link the Electoral Office with a communications system run from the Office of the Prime Minister.

According to a legal source, the pronouncement from the high court judge is a clear indication that the former Supervisor of Elections is on the verge of winning the court battle against Dame Cecile.

He said the Solicitor-General Karen Reid-Ballantyne of Trinidad & Tobago has now approached Benoit’s attorney-at-law, Ruggles Ferguson asking for a meeting in keeping with the directive of Justice Glasgow.

“Based on the pronouncement of the judge, they want to settle out of court,” he told THE NEW TODAY.

The source quoted the high court judge as telling the government team of lawyers that he cannot see how Benoit could have been dismissed summarily by Dame Cecile from the job without a hearing.

“He said things like that you just don’t dismiss a person without accusing them and then listening to their response, you have to give them a hearing,” Glasgow told the hearing.

“He (the judge) was saying that can’t be right – it is neither right in terms of our constitution, our laws and the laws of natural justice”.

“He was advising the Solicitor General who was the one in the case at the time – the AG (Dia Forrester) wasn’t there – he was advising her to convey to the Attorney General that if they’re going to proceed with it they better come with proper evidence to prove that what the Governor General did was right otherwise you will be wasting the court’s time.

Related:  Willan Thompson back with PWU

Sources told THE NEW TODAY that the two sides had scheduled a meeting on Wednesday in light of Glasgow’s pronouncement on the issue.

According to the legal official, it is quite obvious that Justice Glasgow is apparently trying to save face for Dame Cecile over the high-handed manner in which she sacked Benoit without justification and in an unlawful manner.

“If they (the government side) realise and take heed from what he (the judge) said then it will do all of them a good to just settle out of court”.

Justice Glasgow has set the matter down for its next hearing in June by which time he expects to hear something from the State lawyers on the future of the case.

Benoit’s dismissal as Supervisor of Elections came against the backdrop of claims that she refused to implement a directive from Lana McPhail, the then Permanent Secretary in the Office of the Prime Minister which she felt would have compromised the integrity of the Electoral Office.

Benoit was called in by the Governor General and dismissed for failing to comply and was immediately replaced by then Permanent Secretary in the Ministry of Health, Aaron Francois who was also at the meeting.

She retained the services of Attorney Ferguson of Ciboney Chambers to seek redress before the court on the grounds that her dismissal was improper and that Dame Cecile had acted unreasonably and irrationally since she was not afforded the opportunity to respond to the charges levelled against her via a hearing.

Ferguson also told reporters that to add insult to injury, Benoit’s successor was appointed immediately in her presence by the Governor General, leading persons to believe that she was called in to the meeting to be fired.

It’s the second high profile case that is turning out to be embarrassing for officials of the Mitchell-led government.

The court also awarded sacked Cabinet Secretary Gemma Bain-Thomas close to one million dollars over the manner in which she was removed from her post by Prime Minister Mitchell within days of winning the 2013 general election.