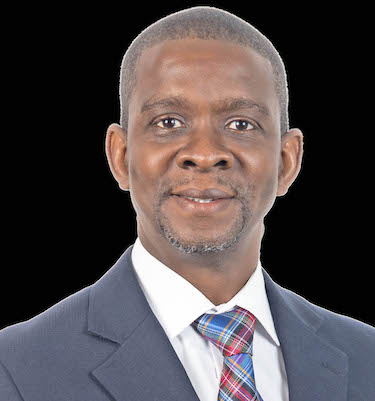 Newly appointed Minister for Education, David Andrew: over EC$1 million in docked salaries will be paid to public officers this month-end

By July 28, teachers and other public servants can expect to receive monies that were docked from their salaries by the immediate past New National Party (NNP) government of ex-Prime Minister, and newly appointed Opposition Leader Dr. Keith Mitchell, as reprehension for their participation in a 10-day strike just over three (3) years ago, over problematic negotiations for gratuity and pensions.

One of the first acts of the Congress administration was to announce a refund of the monies belonging to persons whose salaries were docked unduly after engaging in industrial action in November 2018 against the NNP regime.

The Education Minister told reporters that a sum of “EC$1, 264, 075.78,” was docked by the previous administration, which had deemed “illegal” the industrial action taken by the workers approximately eight (8) months after being re-elected back into office with a second consecutive clean slate victory.

The industrial action came about because the then ruling regime reneged on agreements entailed in a Memorandum of Understanding (MOU) signed just before the March 2018 general election poll, stating that it could not agree to the 25% gratuity that was being demanded by the teachers and other public officers as a result of economic constraints and in keeping with Fiscal Responsibility regulations aimed at keeping government spending down.

The move to dock the salaries of protesting government employees, led to the then Lydon Lewis-led Grenada Union of Teachers (GUT), in particular, instructing teachers, who were being punished for leaving their classrooms unattended to engage in the protest to embark on a ‘work to rule’ concept, which has resulted in less productivity in the education sector.

Minister Andrew, who is optimistic that paying the docked salaries will enhance the relationship between the Ministry of Education, and teachers as well as the level of production in the classroom, stated that it is not going to be the practice of the NDC government to have an adversarial climate with its workers.

“We believe that it is not going to be productive to have an adversarial climate with our employees, and this docked salaries created a very adversarial atmosphere within our Ministry and the education sector for a pretty long time and no doubt that has cost us quite a bit,” he said.

The senior government minister stressed that he is looking forward to continuing to “collaborate amicably with our teachers and stakeholders in education to ensure that all of the goodwill and relational spirit that existed in that sector can be regained.”

Weeks before the June 23 general elections, teachers, and their bargaining body, the Grenada Union of Teachers (GUT), now led by Jude Bartholomew, engaged in industrial action outside the Botanical Gardens in Tanteen, sending a clear message to the Keith Mitchell regime that they were not prepared to vote for him and NNP if certain demands were not met, including a call for the docked salaries to be paid, and the regularisation of those who are on contracts, to name a few of the outstanding issues shared by workers across the public service.

While union leaders have welcomed the new NDC government’s move to pay the docked salaries, Dr. Mitchell, who lost power in the June 23 election, has maintained his position on the issue of the docked salary issue that he cannot pay employees who did not work.

In remarks made shortly after he was sworn in as Opposition Leader last week, Dr. Mitchell was adamant that “the needs of the working people of this country must be given a priority.”

“My position on this was very clear. I don’t think I have to repeat it…if you don’t work then I don’t know how I can agree to pay you – that’s the philosophy…,” said the ex-Prime Minister, who also pledged to use his new role in Parliament as Opposition leader to champion the cause of the poor and vulnerable.

“So, the (new) Prime Minister (Dickon Mitchell) will have to deal with the consequences of that. I am not going to impute any other motive on his part.” Dr. Mitchell told reporters when asked to comment on the announcement that the Congress administration had agreed to return the docked salaries of public workers.