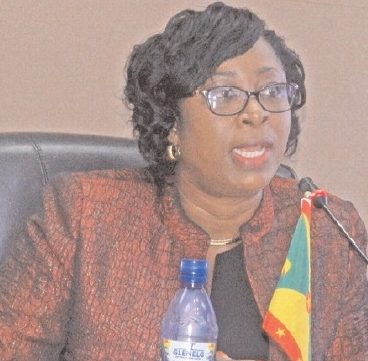 Minister of Education, Emmalin Pierre has defended the decision taken by the ruling New National Party (NNP) Government of Prime Minister Dr. Keith Mitchell not to carry through on its 2013 election campaign to provide each school child with a tablet.

Speaking at a sitting of the House of Parliament at Parliament Building at Mt. Wheldale, St. George last Friday, Minister Pierre said the government is looking at another platform for learning for the nation’s school children.

The female Member of Parliament for St. Andrew South-east said the process that was required to make the tablet system effective requires more than just distributing tablets to the students and if she had known this before she would have advised against making such a promise.

“We’ve been speaking a lot about laptops for every child and sometimes it’s thrown at you politically and I always respond that if I knew then what I know now, I would have discouraged our political organisation from that commitment”, she said.

According to the Education Minister, the focus should have been on “how do you ensure that there is a platform, not just a tablet, a platform that caters for the development of students and support of teachers in a holistic way”.

Minister Pierre said that this is now the focus of the NNP administration because “we’re not contained and we’re not focused too much on a tablet for children, we’re looking at a broader picture”.

She told parliament that the Mitchell-led administration prefers not to deliver on the promise of tablets in schools in order to avoid other issues that would arise when the platform was implemented.

She said:  “So yes, a child can have a tablet, and we’ve learnt from the countries who have said, please don’t go there. You probably heard us announce, you probably saw us did it, but the disaster that we ended up with, please don’t go there. So, we have been examining what is the best route, and we prefer to not deliver on that promise, to make sure that we end up in a place where we’re all better off because of what we introduce”.

Minister Pierre disclosed that a team from Grenada was sent to Antigua to gain insight into a better learning platform that St. George’s now intends to adapt in place of the tablets.

“Right now that team is in Antigua because Antigua has introduced a platform for learning that we believe is a model. Other countries, the BVI has gone on to adapt, Trinidad is now looking at adapting, St. Lucia has gone on and we believe it’s (the) right time for us to do so.

“… Mr Speaker, we’ve started the process here in terms of platform with the MGRM (Multi-Group Global Relationship Management) project and Mr Speaker, currently we are training principals, training teachers, because that’s another thing, having tablets without proper training of teachers, without a content for that tablet, it’s useless.