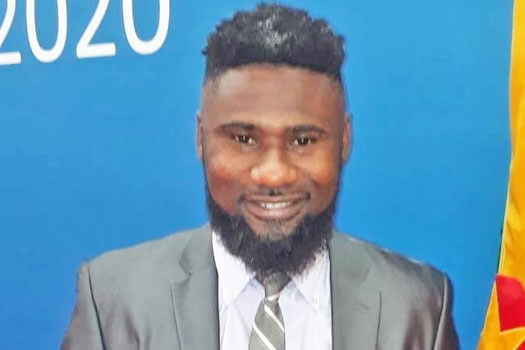 Earl Maitland – commented on the issue

A man highly regarded as a well-respected member of society, a lecturer, writer, and motivational speaker, is being faced with a rather embarrassing blow after being arrested and slapped with four (4) indictable counts of Indecent Assault on Sunday.

Paradise, St. Andrew resident, Claude Douglas, a 55-year-old Lecturer at the Tanteen-based T.A. Marryshow Community College (TAMCC), found himself on the wrong side of the law after a 19-year-old student accused him of indecently assaulting her between January 01 and October 16th, 2021.

The charges were laid against Douglas by officers attached to the Criminal Investigation Department (CID) of the South St. George Police Station and came as a surprise in many quarters, as he is a sociologist by profession, a practice that embodies the study of how society affects people and how people affect society.

Douglas is often called upon to make motivational speeches at events staged by the Ministry of Education from time to time.

However, Civil rights activist Earl Maitland, who commented on this staggering development in an exclusive interview with THE NEW TODAY on Wednesday is among those who on the contrary said, the senior lecturer’s arrest did not come as a surprise to him.

Citing several other instances where teachers, and other highly revered persons have been accused and even convicted of unsuspecting crimes, Maitland emphasised the point that “professions, attire (and) age do not matter.”

“We have a lot of sick people out here (and) it seems to me as though the people of Grenada, do not recognise that a man is still a man and it is his mindset that determines his actions, not his profession…that sexual abuse has no bias when it comes to age to these sexual predators, male and female,” he remarked.

Maitland also used the opportunity to express concern that the charges were laid more than three (3) months after the fourth indecent assault incident reportedly occurred.

He encouraged other victims to come forward, noting that “there are many persons who have been sexually abused, who are scared and ashamed to come forward to say I am a victim.”

“I am not sure if the victims are afraid of getting the backlash as we can see in some of the Facebook comments where persons would have already vindicated Mr. Douglas,” said Maitland who expressed the view that while an accused person is innocent until proven guilty, “we must not insult or accuse the victims of lying and so forth.”

In 2012, the Criminal Code was amended to increase the penalty for various offenses including indecent assault, which carries a maximum penalty of five (5) years imprisonment upon summary conviction.

Douglas, who faces a maximum penalty of 10 years imprisonment on each count of Indecent Assault if convicted, has been posted bail in the sum of $10, 000.00 with one (1) surety.

Sexual offenses are one of the convicted records that will not be expunged under the Rehabilitation Offenders Bill, which went into effect a few years ago.

Douglas, is scheduled to make his first appearance before the St. George’s Magistrate’s Court to answer to the indictable Indecent Assault offences on February 8.

TAMCC has not made any official statement on the Douglas issue but within the public service, it is customary for the Public Service Commission (PSC) to suspend employees with half pay, after being accused of serious crimes until the conclusion of their court matters, which will ultimately determine the next course of action to be taken against them.