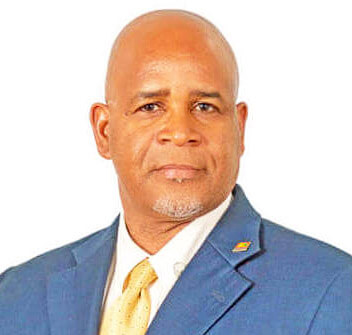 The 4-month old Dickon Mitchell-led administration in Grenada has been taking advantage of a decision taken back in April by the then ruling New National Party (NNP) government of Prime Minister Dr. Keith Mitchell to resume the selling of passports to citizens from Russia and Belarus.

This was confirmed to THE NEW TODAY by Richard Duncan, Chairman of the governing Board of the passport selling scheme known as Citizenship By Investment.

He said the April decision taken by defeated Prime Minister Keith Mitchell has not been rescinded under new Prime Minister Dickon Mitchell and that the new Congress government has sold passports to people from Russia and Belarus but could not give information on the amount of passports that were sold to these people.

There are reports that the NNP had sold about 150 passports to nationals of Russia and Belarus between April and June 23 when it was defeated 9-6 by Dickon Mitchell and Congress at the polls.

Duncan brushed aside suggestions that Grenada had broken sanctions that were imposed by the USA and Western Europe on Russia and Belarus over the war in Ukraine.

He charged that it was individuals of these countries who are sanctioned and that such persons who are identified cannot qualify to get Grenadian passports.

“There have been passports issued to Russians – there is no doubt about that (but) I couldn’t give you a figure,” he said.

According to Duncan, he was in the process of preparing a report for the Quarter ending in September to the Cabinet and will not divulge anything until it was submitted to the Ministers.

He described it as “business as usual” with Congress taking over from where the NNP regime left off in June and selling passports to nationals of Russia and Belarus.

“Once you are not sanctioned, once you are not a crook or scoundrel, once we pick up a proper, clean due diligence with low risk you are entitled to be considered (for a Grenada passport),” he said.

Duncan disclosed that people from these two East European states who fall into the category of “high risk or extremely high risk” will not be able to qualify under Grenada’s CBI.

He said that Grenada “is not in violation of any law, sanction or any such thing” in selling passports to nationals of Russia and Belarus and that the United States through its own Immigration Department is processing applications from Russians for citizenship.

He challenged the contention in an international article published this week that gave the impression that persons trying to come through the U.S system to obtain citizenship are finding it very difficult to obtain status in the United States but with Grenada and some other countries it is a much easier process for them to purchase passports and then gain entry into the United States.

“That is nonsense because if you have to get a Grenada passport you have to apply and go through all the hurdles like anybody else and that is the disingenuous part about that article,” he said.

Duncan described as inaccurate the article’s claim that it is now easy for Russians to get Grenadian CBI passports.

He said the conditions that the Russians have to meet are the same as any other applicant from any other jurisdiction and as such there is no special arrangement for the Russians from Grenada which is what the article is trying to convey.

He also pointed out that the idea of being able to get to the U.S through Grenada’s CBI “is again nonsensical in the sense that they will have to apply for a U.S visa (E-2 or whatever it is and be subjected to rigorous due diligence like any other applicant.”

According to Duncan, it is not true as the article is implying that if an individual has a Grenada passport then it means automatically they get an E-2 visa to gain admittance into the U.S.

“I don’t agree at all that anything has been different from what obtained from people from other jurisdictions. It is downright not true,” he said.

The local CBI boss noted that “the cut and trust of the issue is whether or not in light of the U.S sanctions on Russia anybody else should be having Russians apply for citizenship and I can suggest to you that they are doing that in the U.S right now – the U.S has not in any way suspended (its citizenship programme).”

“What you have to do is make sure that first and foremost that nobody at all who is on the U.S sanction list or connected to anyone on the Sanction List is in fact accepted and this is what the Due Diligence is all about – once you are sanctioned – personal or entity – it is a no, no,” he said.

The former manager of Grenada Co-operative Bank Limited (GCBL) declared that any Russian who is not on the U.S sanctioned list is entitled to apply for a Grenada passport through the CBI programme.

He said that even if an individual is not on the Sanction List, Grenada will take into consideration a number of issues in granting CBI passports like family connection ties of those persons to anyone who might be on the list to avoid reputational harm to Grenada.

The sale of passports is a major revenue earner for Grenada within the past 10 years.