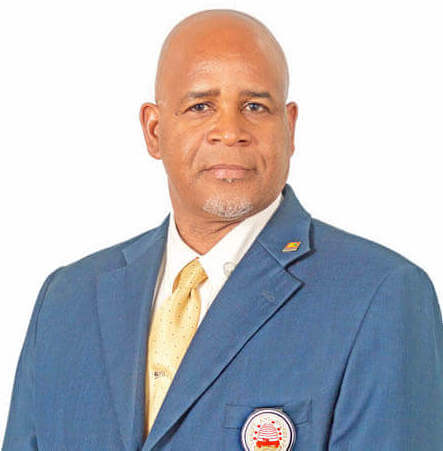 Grenadian economist and Managing Director of the island’s sole indigenous bank, Richard Duncan, has said that credit unions have become strong competitors to traditional commercial banks and voiced his concern about their unregulated operations.

Duncan, a former Director of Budget in the Ministry of Finance was speaking last week Thursday during the year-end performance report of the Grenada Co-operative Bank Limited (GCBL).

He noted that credit unions have now become “very strong competitors to the bank”.

“As a retail player in the market we vie for customers in the same space and the results over the years suggest that the credit unions have gained grounds on the commercial banking sector and as a result I believe the consumers, the banking public have been the ultimate beneficiaries,” he said.

Credit Unions are not regulated by the Eastern Caribbean Central Bank (ECCB) but by the local regulatory body, the Grenada Authority for the Regulation of Financial Institutions, GARFIN and is not governed by the Banking Act.

As a result, credit unions are subject to less stringent compliance and licencing requirements.

Commercial Banking has long complained about the uneven playing field between them and credit unions, particularly as credit unions have been increasing their competitiveness within the financial market by offering some of the same services traditionally offered by banks.

Duncan said, “It would be remiss of me as an economist, I am not speaking on behalf of the bank, do not make the point that the unregulated way in which the credit unions are engaging in banking business is not a good sign. And while we welcome competition, I believe that the evolution of the financial space and credit unions in particular calls for a relook of the regulatory environment to ensure that evolution and that growth continues in an environment of safety and soundness.”

The ECCB is working with the regulatory authorities in each island to ensure that the legislation governing the various financial actors is enhanced and the capacity to regulate them is enhanced.

Duncan said: “I think, the point is the general public should be comforted in knowing that while entrepreneurship and innovation always run ahead of regulation there comes a time when regulation catches up with it and the hope is that when it does it is not too late.”

Credit Unions not only supplement the services provided by the dominant commercial banks but have also expanded the range of financial services available to economic agents and increased the level of competition among financial institutions in the system.

The rapid growth of credit unions raises the issue of their impact on the stability of the financial system if problems arise.

At the 95th meeting of the Eastern Caribbean Monetary Council it was reported that the credit union sector continued to grow and is a significant player in the provision of financial services in the EC currency union.

At the start of the year, Governor of the ECCB, Grenadian Timothy Antoine spoke about ongoing efforts to engage credit unions with the aim of normalising their existence within the EC economic space.

“We have opened up a very good dialogue with them that will grow and I think coming out of this dialogue there would be more initiatives to support credit unions and also we will eventually determine what the optimal regulatory environment is,” he said.

Grenada currently has four large credit unions with assets totalling more than half a billion dollars and there are more than twenty registered credit unions in the country.