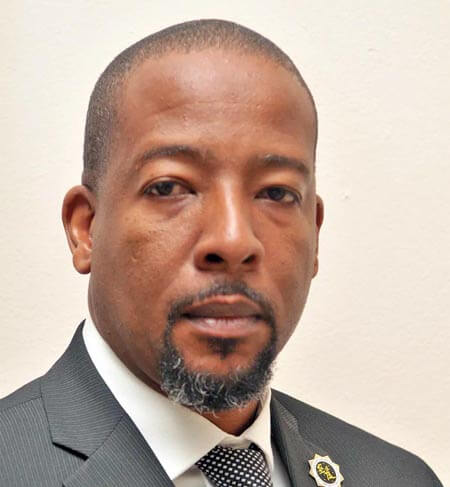 A political activist of the ruling New National Party (NNP) is now in charge of the Board of Directors of the Grenada Electricity Company (GRENLEC) in which the Keith Mitchell-led administration now has majority shareholding interest.

Well-placed sources told THE NEW TODAY that employee with the state-owned National Insurance Scheme (NIS), Duane Noel who is a close political ally of Public Utilities Minister, Gregory Bowen is now the Interim Chairman of the Board of Directors for the utility.

A source who is close to the company said that Noel got the nod to take charge after the Directors of the previous majority shareholder, WRB Enterprises tendered their resignations with government paying the hefty sum of US$63 million for the shares held by the Florida-based company.

He said: “When the transaction took place, the WRB Directors serving on the board resigned their positions. That left 6 persons on the board and among themselves they had to appoint a Chairman and they chose Duane (Noel). It was not surprising because he was the government’s representative on the board”.

According to a government insider, he believes that Noel’s tenure might be short-lived as he doubted that he has the ability to steer the ship of a multi-million dollar business like Grenlec.

Within NNP circles, Noel’s name has often been mentioned as the possible replacement for Bowen in his St. George South-east constituency.

Bowen who has led the NNP onslaught against the sale of majority shares to WRB by the previous Congress government in 1994 is now back in charge of Grenlec as the Line Minister.

Bowen is also a former General Manager of the utility company and was fired after a Commission of Inquiry pointed to some decisions taken by him without the knowledge of the Board of Directors including the purchase of a generator for the company.

The source said that the exit of WRB from Grenlec has now cleared the way for the Mitchell government as the new majority shareholder to fill the vacant posts of Directors of Grenlec.

The company had planned its Annual General Meeting (AGM) of shareholders for December but it was cancelled due to a sudden and dramatic increase in the number of positive Covid-19 cases on the island.

The source said the plan now is to hold the postponed AGM “as soon as possible” and one can expect “things to become much more clearer” on the thinking of administration on the way forward for Grenlec including the new Directors to be appointed to serve on the board.

He believes that once the AGM is held, the nation will get a “clearer sense” in terms of the direction in which the Mitchell government is heading with the company.

“There is nothing (at the moment) to indicate that they will change course from how it is now,” he said.

Under the present Memorandum and Articles of Association governing the operation of Grenlec, the Board can have a minimum of five and a maximum of 12 Directors.

The source said that he suspects that the Mitchell government might be inclined to appoint a full slate of 12 members to sit on the Grenlec Board in order to provide them an opportunity to give “goodies” for some party members.

Both Prime Minister Mitchell and Minister Bowen have stated that government will be approaching the World Bank to help them find a company to take over the management of Grenlec.

THE NEW TODAY understands that there are mixed feelings among Grenlec employees over the exit of WRB Enterprises from the company and the re-emergence of government as the majority shareholder.

When asked about the atmosphere within the company, one of the employees said, “I would say “uncertainty and uneasiness”.

“I am sure that there are quite a few members of staff who are supporters of the NNP and to a certain extent that will make them feel comfortable because they might be happy with this situation.

THE NEW TODAY was told that the current manager of Grenlec, Colin Cover who was appointed under WRB’s tenure is still on the job running the utility company for the time being.

Apart from Noel, the other local serving on the Grenlec Board of Directors are female attorney-at-law, Winnifred Duncan-Phillip, medical doctor, Bert Brathwaite, NNP party executive member, Ashton Frame, as well as Linda George-Francis and Cleaver Williams.