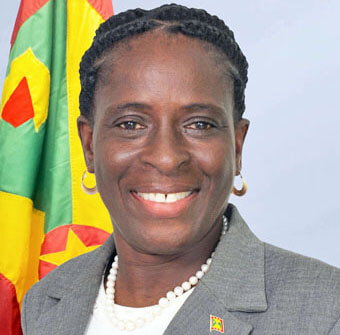 Grenada’s Civil Aviation Minister, Dr. Clarice Modeste-Curwen has said that the privatisation of the Maurice Bishop International Airport (MBIA) is not on the cards – yet.

The country has been buzzing with debate on the issue of privatising the lone airport at Point Salines after foreign investor, Naguib Sawiris of Egypt made the suggestion last week, to applause from those who had come to witness the sod-turning ceremony for the building of his second Silver Sands Resort.

At least five members of the Cabinet, including Prime Minister Dr. Keith Mitchell and the Tourism and Civil Aviation minister were in the applauding audience and the incident has attracted a firestorm of discussion for and against the idea.

But at the weekly post Cabinet press briefing on Tuesday, Dr. Modeste-Curwen said while the suggestion of privatisation was made by an investor it is not currently under consideration by the Cabinet.

“I want to state the very obvious, that this is a private businessman and he was voicing his own opinion at a session and that our government has never had discussions, either within government or within the Civil Aviation department, or with any business person.

“He was expressing his personal opinion at that time and the government has not discussed that, government has no intention of doing that, at this, I can’t say for governments in the future but this is not something that has been considered at all”.

Sawiris, who owns about half a dozen prime hotel properties in Grenada, called for the privatisation of the international airport while criticising the level of service and operations at the facility which is one of Grenada’s single largest national assets.

The comments by the Egyptian businessman angered the nation because of the historical significance of the airport which bears the name of revolutionary leader, the late Maurice Bishop and is one of the few remaining legacies of the People’s Revolutionary Government (PRG).

The Tourism and Civil Aviation Minister also said that it is not something that she would support.

“If it does come up at this point in time my position would be – our airport is one of the few airports that is a statutory body under the government, that makes a profit and it has done so, it has functioned well, so I do not see the necessity of that at this particular point in time. I do not see it and if it came up now I would not support it,” she said.

For the last year, MBIA has been struggling due to the downturn in world travel and suffering millions in revenue losses as a result of the coronavirus pandemic which has virtually grounded commercial operations.

Sawiris’ obvious attempt to lobby for its privatisation also raised concerns about the influence that rich, foreign investors and big business may have on national policy.

The Grenada Movement (TGM), led by Dr. Patrick Antoine called on the Keith Mitchell-led administration earlier in the week to make a public statement on its intentions regarding the future of the airport in relation to the call for its privatisation.

“TGM feels strongly that an interjection, from no less an authority than the Prime Minister himself, who was present at the event, is necessary in providing the assurance so desperately sought by the population, the non-governmental organisation said in the release.

It added that the Movement is firm in its conviction that “nothing that constitutes a foreshadowing of public policy should come from an Investor”.