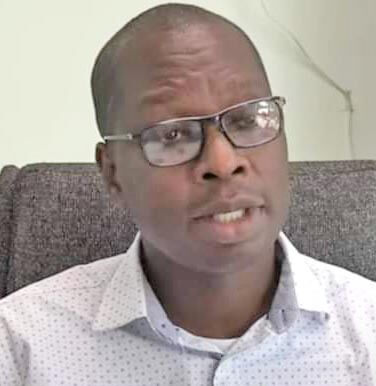 A top health official in Grenada admits that visitors who are medically cleared from quarantine can still put the public at risk for contracting COVID-19.

During a media briefing Tuesday, Acting Chief Medical Officer (CMO), Dr Shawn Charles on Tuesday warned because of how early the test is done, clearance from State quarantine does not mean individuals are free of COVID-19.

On paper Grenada’s mandatory quarantine period is 14 days while the incubation period for the virus is 2 to 14days, however health officials have actively promoted a shorter period.

William John, 72, developed symptoms a day after he was told his test result was negative and three days after he had been swabbed.

The Acting CMO told reporters that they have designated the case as an imported one which means health officials failed to catch his positive status.

Travellers arriving in Grenada are swabbed for testing on day four of their arrival with the turnaround time for results being 24 to 48hours which means that generally, people are medically cleared in one week or less and released from quarantine, during which time there is still a possibility that they could test positive.

Dr Charles said: “The system that we have, we test on day four, which will capture the majority of the cases that are infected but it will not capture 100 percent. Remember, there are persons that are going to present late, as likely occurred in this setting.

“Persons are released from the facility after they get a negative test, which is done on the fourth day but it does not mean they are completely out of the woods. They have to continue to observe the preventative measures up to the fourteenth day because they can present (symptoms) on day fourteen, as with this gentleman, it was the eleventh. It is something that can occur,” he added.

Related Article:  Daughter speaks about father who died from Covid-19

The Acting CMO stressed that people ought not to believe they are free from the virus because their test result is negative after day four, adding that, “this is a false perception”.

“When you are released from quarantine it does not mean that everything is ok. It means that you have to continue observing the public health measures so that if you do start developing symptoms later, you do not become a danger to the public.

“So, if there is a perception that once you are released from quarantine everything is good then I want to tell you this is a false perception.

Family members of John have criticised the testing protocols saying it is done too early during the incubation period and his daughter Ali John has called for a longer period before people are tested.

Health officials did not respond to queries about the possibility of allowing a longer period to elapse before testing is done but the Acting CMO said people must continue to adhere to public health protocols to avoid the possibility of becoming a danger to the community.

Pooled testing, where multiple samples are combined, also increases the chances that a false negative result can be given because test samples are diluted through this process.

Based on the incubation period and Grenada’s timeline for administering COVID-19 tests, a true picture of just how many others may have developed the infection after leaving quarantine is unknown.

The majority of confirmed cases of COVID-19 in Grenada have shown either mild symptoms or none at all.