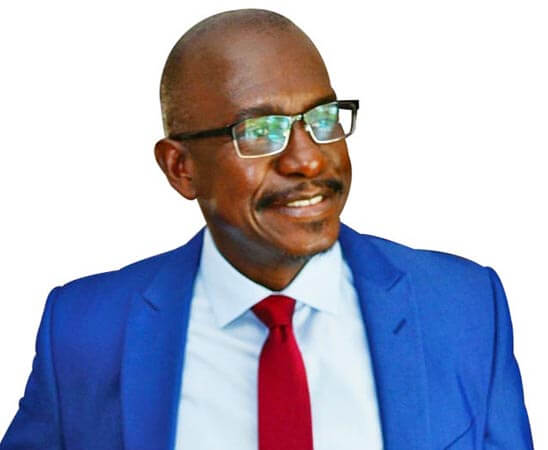 Dr. Patrick Antoine – delivered his first public salvo against the NNP regime which he supported for over a decade

“We are the most highly taxed country in the Eastern Caribbean and piling on more debt sets us back.”

The Grenada Movement (TGM) says the Keith Mitchell-led government should have consulted with the people of the country before acquiring a huge debt from the Chinese government.

Grenada is set to undergo major upgrade at the Maurice Bishop International Airport (MBIA) with a $184m loan from China’s Exim Bank to build additional runway facilities, roads, foot brides and interior upgrades such as escalators and elevators.

Under the loan terms there is no moratorium and Grenada must begin paying back the sum at the end of the two year project beginning with payment on the interest for the first five years of the ten year loan period.

The loan carries a 1% interest term.

TGM, a newly established non-government organisation headed by economist and international trade and business Advisor, Dr. Patrick Antoine, is concerned that the size of the loan will further burden ordinary Grenadians who have been contributing to debt service for the last two decades.

The sod turning ceremony for the multi-million dollar upgrade of MBIA took place on October 28 and Prime Minister Dr. Keith Mitchell has said the works at the airport are necessary for the economic development of the country and he suggested that “Grenada is not so poor” that the loan cannot be serviced properly.

There has been public concern about Grenada losing ownership of its largest public infrastructure project because of inability to repay the Chinese.

The TGM Chairman said concern about the additional debt has nothing to do with where the money is coming from but is based on Grenada’s economic realities at this time and the foreseeable future.

“TGM is not upset over the Government’s announcement that it will take the Chinese loan,” Dr. Antoine said in an exclusive interview with THE NEW TODAY newspaper.

“It has to do with increasing the country’s debt at this time.” He added.

Grenada’s economy is projected to shrink by 14% based on IMF and World Bank estimations.

Independent economists are projecting 19% to 20%. The country will need to raise an additional $137m in revenue to make up the shortfall.

Since the novel coronavirus brought the world to a virtual standstill in the first quarter of the year, Grenada’s revenue has dropped by close to $200m.

Dr. Antoine said the added debt burden could very well put the Grenadian people back in a state of “self-adjustment” after spending the last twenty years repaying the national debt with little opportunity to save.

Grenada’s debt to GDP ratio has fallen to 69% over the last seven years after hitting triple figures and according to Dr. Antoine, the shrinking of the figures came about as the government overburdened the people with taxation and not because of increased productivity.

“We are the most highly taxed country in the Eastern Caribbean and piling on more debt sets us back.” he added.

Dr. Antoine said the TGM is calling on the government to engage in consultations with the population on the airport loan and provide figures to the people.

This position was endorsed by Jude Bernard, a Management Consultant, social activist and member of the Founder’s Group of TGM.

Bernard called for “full disclosure” to the People, including a breakdown of the expenditure that will be undertaken with the $184m.

“We (the People) need to see the figures on debt servicing from year one to year ten and we want to match that with the income stream of the airport,” Bernard said.

Bernard said it is “highly unlikely” that the Grenadian people will be able to afford to repay the debt.

He further commented that whatever means the Chinese government has used to secure the debt is normal practice when giving a loan and the creditor cannot be blamed for securing their money.

“We are not blaming the Chinese, or worried about any debt trap. Any entity that gives a loan must have a way to recover their funds -whether it is the Chinese (government), the bank or Courts, there must be a structured way to recover the debt if it cannot be paid,” Bernard said.

The TGM is suggesting that the government takes on a much smaller debt burden, doing only what is necessary to maintain the airport.

The government is also borrowing an additional $45m through a special World Bank loan for disaster mitigation works at the airport, including the construction of an emergency centre.

The interest on that loan is less than 1% with a ten year moratorium, unlike the Exim Bank loan.

Tourism & Civil Aviation Minister Dr. Clarice Modeste-Curwen has told a local radio programme that there is a moratorium on the Chinese loan but did not give the time period.

Dr. Antoine said because Grenada’s economy has significantly contracted, the GDP to debt ratio has “appreciated” as a consequence and he is advising caution since the main pillar of the economy – tourism – has been severely hurt by COVID-19.

Grenada ranks as one of the top six most tourism dependent nations in the world and since March just over 2000 people have arrived through MBIA.

Dr. Antoine does not believe the airport will be able to pay back the debt any time soon, calling the loan “an onerous burden” on the airport which has suffered a 98% drop in revenue with a monthly shortfall of $2.5m since COVID19.

The airport has suffered a major drop in income and Dr. Antoine said government needs to “scale back the project to suit the realities of COVID-19”.

“Reasonable men would agree that Grenada has a debt problem”, Antoine said.

He added, “This debt has been carried by the ordinary men and women of Grenada”.

“This is happening within the context of a 14% fall in GDP,” he noted.

He said it would be unfair when the government of Grenada takes on a debt that is not manageable at this time and labour and employees will be made to pay for the bad decisions.

Dr. Antoine believes that given the state of airport revenue, severe cost cutting measures would have to be considered and cutting staff would be one of the first steps.

“Asking for public consultation would not be unreasonable,” he said.

Reacting to comments from the Prime Minister that concern over the possible loss of the airport is unfair to the Government and People of China, Youth representative in the TGM, Garth Walters said, “People are allowed to have objections and queries.”

“Look at all the Nations that have taken loans (from the Chinese) and the assets they have had to give up.

“The Prime Minister should be happy that we have an interest in what is happening in the country.”

Meanwhile, Dr. Antoine said he is not convinced that the Grenada Government had the capacity to negotiate well with China.

He also said he is not convinced that the country has the capacity to monitor the project.

He pointed out that China Harbour, the Chinese company which is undertaking the works, has a history of cost overruns and other problems.