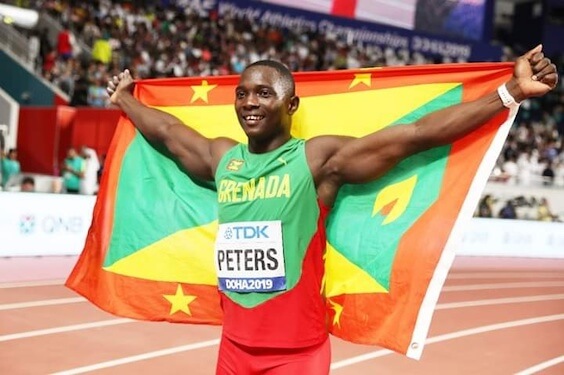 The Royal Grenada Police Force (RGPF) is preparing a file to take to the office of the Director of Public Prosecutions (DPP) in connection with possible charges to be laid against persons involved in last night’s incident in which national sporting icon, World Javelin Champion Anderson Peters was beaten by a group of Trinidadians on the party boat known as Harbor Master.

In a brief comment on the issue, a high-ranking member of the Police Force told THE NEW TODAY that “the file must be prepared with statements etc.” before it is presented to the office of the DPP headed by Queen’s Counsel, Christopher Nelson.

He said the initial report made to the police was that “the crew members of the Harbor Master had assaulted Anderson Peters and threw him off the boat.”

Several video footage of the incident were posted on Social Media and went viral with Grenadians at home and abroad expressing anger and disgust that their sporting hero was manhandled by the Trinis.

RGPF is very tight-lipped about the incident and did not release any information on what caused the brawl on the boat despite some postings on Social Media as to what actually transpired between both parties.

The police official said that members of the Criminal Investigation Department (CID) boarded the vessel that was docked on the Carenage to take charge of the situation and to begin their probe into the incident.

“With the help of eye witnesses and video footage, five of the crew members were detained in connection with the incident.”

A police party was seen leading the Trinidadians on foot to the nearby Central Police Station on the Carenage.

According to the police official, two of the detained crew members of Harbor Master were taken to the General Hospital “to seek medical attention.”

There are reports that the Harbor Master is a vessel registered in Barbados but the crew members are mainly Trinidadians.

Another senior police officer appealed for calm in the unfortunate incident because persons first and foremost need to know and understand the circumstances which led to the incident.

Grenadians must be mindful of not allowing their emotions to overcome their sanity since as a region we rely on each other.

It is believed that some have already made statements such as boycotting events staged by this boat or even Trinidad. I think we are way ahead of what the investigation may reveal.

Grenadians must exercise restraint and act responsibly until the truth comes, then one can have facts to argue their point when discussing.”

THE NEW TODAY understands that one other male from Anderson Peters’ home village of Soubise who was with him was also injured in the fracas and was seen with heavy bandages on the left hand.