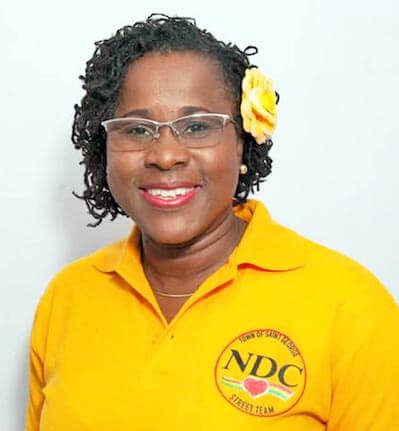 Grenada’s main opposition National Democratic Congress (NDC) has expressed grave concern that if the Keith Mitchell regime continues to hold onto the 72% majority shares of Grenlec that “it will open the door to further mismanagement, lack of transparency and accountability.

The party made the charge in light of what it said is the questionable history with the company of current Government Minister Gregory Bowen who served as the Grenlec manager.

Congress held a virtual press conference on Monday, in which its Public Relations Officer, Claudette Joseph, accompanied by NDC Deputy Chairman, Kennedy Roberts and Caretaker for St. Andrew North-west, Phillip Alexander called on the ruling New National Party (NNP) administration “to offer the controlling shares of the company to the Grenadian people.”

The request came on the heels of a press conference held last week Wednesday by Government Ministers Bowen and Oliver Joseph, who are accused of not “being completely honest on a number of issues,” surrounding the settlement agreement reached with former Grenlec owners, the Florida-based WRB Enterprises about their true intentions on the way forward for the company.

Joseph, an Attorney-at-Law by profession, attributed NDC’s position on the issue to the fact that Minister Bowen, who became General Manager of Grenlec during the 1984-90 rule of the NNP has had a “tumultuous relationship with the company (Grenlec), which ended with him being dismissed” under the Congress government of Sir. Nicholas Brathwaite.

Soon after the sacking of Bowen, the 1990-95 Congress government privatized the loss-making electricity company amidst protest from the NNP then under the leadership of current Prime Minister Dr. Keith Mitchell.

Joseph charged that both “PM Mitchell and Gregory Bowen but principally Gregory Bowen” has since held a “personal vendetta” against Grenlec that was manifested by a prolonged and unreasonable aggression towards WRB,” a company, which she noted has “over the years proved to be a good corporate citizen.”

She noted that the NNP government failed to improve on the agreement reached between the then Brathwaite-led NDC and WRB in 1994, having received parliamentary approval to do so between 1996 and 1998.”

She recalled that the act to give teeth to the Grenlec sale to WRB came into force in 1998 by an Act of Parliament that was headed by Dr. Mitchell after they had re-examined the agreement having won the 1995 elections.

In an attempt to reform the electricity sector, in 2016, the Mitchell-led government altered WRB’s investment by terminating its 80-year utility monopoly, which resulted in the matter being taken to an international arbitration tribunal, in which government lost and was ordered to buy back the shares at close to EC$200 million.

During last week Wednesday’s press brief, Minister Bowen spoke of plans to approach the United Arab Emirates-based International Renewable Energy Agency (IRENA) for assistance in setting up a ‘management company’ to oversee Grenlec operations now that government was able to raise the US$63M needed to repurchase the controlling shares from WRB in order to satisfy the tribunal ruling handed down in March 2020.

However, the NDC female PRO said, “there is nothing in the portfolio of IRENA, that suggest that they are in the business of providing governments or utility companies whose main source of energy is fossil fuel to help manage the utility company.

“So that to our mind is just more talk,” she told reporters.

In addition, Joseph stated that “based on the government’s record of controlling these (state-owned) entities, what we would get if this ‘management company’ is set up, is an entity filled with the minister’s pick.”

“You have to remember, one of the shortcomings of the 2016 Electricity Act is that it rest a lot of power into the hands of the minister and in this case our minister happens to be the said Gregory Bowen,” she contended.

“So, you will have a ‘management company’ that is basically controlled by the minister and a situation where you have a profitable entity at the whims of the administration and you know what can happen especially, in a context where you don’t have transparency in terms of how things are done.

“…We have to avoid that debacle at all costs…so we would urge the government to diverge itself of these shares as quickly as possible… we do not want government holding on to the shares of the company to wreck it once more.

“…It is important for government to tell us at this stage how many shares it intends to keep (and) we propose (that) given the track record of government managing this (particular) asset that government does not hold onto these shares for much longer…and we are saying offer the shares to the Grenadian people.

Alexander urged Grenadians to see the Grenlec shares coming back in the hands of government “as an opportunity for wealth creation at the national level.”

“Let us as people recognise this is an opportunity that we must take to create and generate wealth for the use of the citizenry and people of interest and hence we are advocating for opportunities to be created and be guided for national development,” he said.

Alexander also made a plea to government to ensure that Grenlec workers are given “special consideration in earning more shares in the company for their contributions to the growth of the company over the years.”

“We call on the Government of Grenada to make sure that the workers’ interest are protected,” he said.