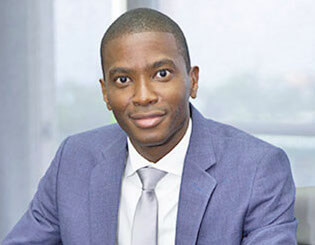 44-year old Attorney-at-law, Dickon Mitchell has become the youngest person to be elected into office to head one of the two main political parties in Grenada.

The delegates of the main opposition National Democratic Congress (NDC) voted overwhelmingly on Sunday for Mitchell to take charge of the party which has been in the political wilderness following back-to-back 15-0 loss at the polls in both the 2013 and 2018 general elections.

The University of the West Indies law graduate, who is a newcomer to local politics, got more than 200 hundred or three-quarter of the estimated 250 ballots cast at the Convention held Virtually due to the coronavirus pandemic which has affected the country in the past 19 months.

Mitchell, a former student of the Presentation Brothers College (PBC) in St George is from Petite Esperance in St. David.

His name only surfaced within the corridors of the NDC hierarchy within the past four months as the party prepared for the holding of the long overdue convention and supporters calling for “new blood”.

A well-placed source told THE NEW TODAY that the backers of Mitchell have been engaged in quiet preparatory work behind the scene for the past year to get him ready to enter the political arena with Congress.

His victory was welcomed by many Congress supporters who were looking for new faces at the helm of the party following the massive defeats at the hands of NNP in the last two national polls.

One observer said: “He is better that the rest in leadership. They (NDC) need someone who is respected and has leadership qualities. My take is the older folks need to make way for young people. Our children are the future of tomorrow. Some people feel that without them the show would not go on.”

One Grenadian in the United States who is a strong supporter of the party said: “Great News. I am so excited that I will now do my part to help. Don’t know Dickon but (my brother) has also had good things to say about hm. The landslide (victory) suggests that NDC now has a clear leader and I will assume things went well. These are all good signs”.

One supporter of the NNP who is wavering given the age of current Prime Minister Mitchell who is now 75 years old and not showing signs of giving way to new leadership in NNP, welcomed the nod given by NDC delegates to the much younger Mitchell who is not related to the current Grenadian leader.

“He (Dickon Mitchell) is a big deal. He has a good chance. Headache for somebody,” he told THE NEW TODAY.

A political activist for Congress on the sister isle of Carriacou was elated that the attorney-at-law who was their choice candidate for the post of Political Leader recorded a resounding victory among delegates.

She said: “The people got what they wanted by popular demand.”

THE NEW TODAY also spoke with a female from the St. David parish who is a close neighbour to Mitchell and his family in the small village.

She said: “I know him very well – we (are) both from St David’s. We were both Catholics, we all were in the youth group while he went to PBC, I went Anglican High (School). I didn’t go to (National College). I know his whole family – me and them nice, friendly people. He (is) okay, he is highly respected and well educated.”

The lady expressed confidence that Mitchell can win back the St. David seat for NDC from the current Minister of Foreign Affairs, Oliver Joseph.

“…They (NDC) sure on Dickon Mitchell seat in St David’s. Well, change is coming, Oliver Joseph lost his seat just so, the PM might change him.”

A young female political activist told THE NEW TODAY that the attorney will be a popular choice among young adults especially women in the country.

One woman wrote on social media, “Can’t wait to vote for Dickon Mitchell in the next upcoming general election,” and another one followed with the comment: “”I’ve never seen Grenadians so interested in a National Democratic Congress convention in all my life. They better do the smart thing Sunday and select the new Lawyer.”

Mitchell will have serving him as Deputy Political Leader, Adrian “Persuader” Thomas who contested the St. David seat in the 2013 and 2018 poll and lost to Minister Joseph.

Thomas won the contest for Number Two in Congress 175 to 75 over female attorney-at-law, Claudette Joseph, the NDC Caretaker for the Town of St. George.

Congress also has a new face in the key position of General Secretary as the outgoing office holder, the controversial Glen Noel who was under pressure to bow out, took the decision three days ago not to offer himself up for re-election.

Learie Barry won the contest from Ron Redhead and Maria Pascall while the pro-Mitchell candidate, Orlando Romain is the new Public Relations Officer (PRO) as he easily won over Jason Skeete, and Andre St. Bernard was unopposed for the post of Treasurer.

The caretaker for the sister isle of Carriacou & Petite Martinique, Tevin Andrew landed the post of party Chairman with former government minister Sylvester Quarless serving as his deputy.