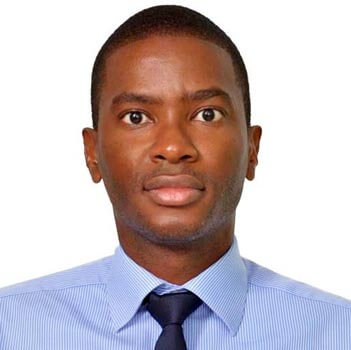 Attorney Dickon Mitchell – wants to become the next Prime Minister of Grenada Carriacou, and Petite Martinique

The newly elected Political Leader of the main opposition National Democratic Congress (NDC) Dickon Mitchell has expressed the view that funds generated under the passport selling scheme, which was launched by the Keith Mitchell-administration in 2013, is a critical tool that can be used to transform the country.

Speaking to reporters in his first press conference after winning the contest to take charge of Congress, the 44-year old attorney-at-law cited the need for those in authority to be held accountable for monies earned through the Citizenship By Investment (CBI) programme.

The young politician, who is a partner of Mitchell & Partners INC, which is one of 23 companies listed as local agents for the contentious CBI programme on the Government of Grenada’s website, was responding to a question posed by THE NEW TODAY during the NDC’s post-convention press conference on Wednesday.

The email address and phone number of Mitchell, who is the owner of the Grand Anse-based Mitchell & Co., Law Firm, which was founded in 2017, along with those of one of his team members Attorney Skeeta Chitan, are listed as contacts for Mitchell & Partners INC.

Mitchell clarified that his legal firm is “not involved in the CBI business,” however, confirmed that he is a “partner of a separate company that is a CBI agent.

“… The Law firm that I own is not in the CBI business,” he told THE NEW TODAY.

Stating his position on the CBI programme, the attorney, who is aspiring to become the next Prime Minister of Grenada after the next General Election, said that if the CBI is “run (and) managed properly” the revenues derived from the sale of passports could be “a critical tool in the transformation of Grenada.”

Mitchell pointed out that “the average Grenadian has no idea what the transformation funds are used for (or) the amount of revenues collected by the government over the years since the CBI programme has been in effect.”

He called on Grenadians to hold politicians accountable on this and other issues.

“We need to ensure our leaders, politicians, policymakers, our people who we put into office should account to us, should tell us in a transparent manner the revenues collected from the CBI programme, and why these revenues have not been used to transform Grenada,” he declared.

Mitchell, who is entering frontline politics for the first time, told reporters that his “greatest gratification comes from the success of others,” which is why he is offering himself to serve.

During Wednesday’s event, which introduced the new NDC executive to members of the media, the Political Leader called on persons to “join the National Democratic Congress as we embark upon the climb that improves and strengthens our collective heartbeat up that beautiful mountain to see the sunrise on the promise of a better and improved Grenada.”

However, he noted that “to do so, we as a nation must engage in our political, and civic process, we must register to vote, and we must vote”.