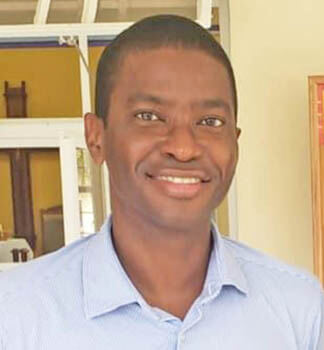 Addressing a Town Hall meeting held by Congress in the south of the island, Mitchell, an attorney-at-law by profession, said that many contract workers have been told by the government of Grenada that they have to pay their own NIS contributions.

“I am calling out the National Insurance Scheme to fix this issue,” he told the gathering amidst a loud round of applause.

Dickon Mitchell pointed that under the laws of Grenada if a private employer refuses to pay NIS contributions on behalf of employees that person faces prosecution before the Magistrate and High Courts and can also be audited.

He said the NIS often hounds down these employers “to make sure that the contributions are paid.”

According to the Congress leader, the end result is that if government does not pay the NIS contributions for these contract workers then they will not be able to get a pension at the end of the day, as well as claim NIS sick leave, Maternity leave, and workplace benefit injury.

He said if the Keith Mitchell-led government really cares about its people it would not place its workers “in a position where the statutory scheme that has been established since 1983 for our workers to have Social Security benefits like Maternity Leave, Sick Leave, Workplace Injury benefits, like a pension, Funeral Death grant be taken away from you by the government refusing to pay your NIS contributions.

It is wrong, it is illegal, and the National Democratic Congress commits that on forming the next government we will immediately cease the practice of requiring our employees to pay their own NIS.

I go further and call upon the National Insurance Scheme to in fact audit the government and to make sure that for all of those employees who have been disadvantaged thus far by the government’s refusal to pay the NIS that in fact that back portion of the NIS is paid.

Dickon Mitchell also told the Town Hall meeting that a government formed by Congress in the upcoming general election will ensure that within 12 months of coming into office take steps to regularise all Imani and Contract workers who are offering a full-time and needy service to the State.

Saying that the government is supposed to lead by example, the 44-year old attorney-at-law gave notice that the NDC commits to regularising the status of contract workers and Imani workers who are working for the government without job security.

He re-iterated the position of Congress that there will be one public service in Grenada and not the kind of parallel system run by Mitchell’s NNP outside of the constitutionally provided Public Service Commission (PSC).

“There will be on public service – if you are working on behalf of the State of Grenada and you are fulfilling a permanent job there is no need to have you branded as an Imani worker and there is no need for you to be placed on contract – you will be regularised and made part of the public service,” he said.

According to Dickon Mitchell, there are hundreds of vacancies in the public service due to government’s attrition policy that was implemented a few years ago as part of a Structural Adjustment Programme (SAP) in which only two or three out of 10 positions that exit will see the positions filled.

He said the reality of the situation is that the government is failing to deliver the services required by citizens in several ministries and departments from Fisheries, Ministry of Agriculture, Court houses, as well as a number of Administrative services due to a lack of personnel to perform the jobs.

“There is a lack of personnel to perform the services on behalf of the citizens of Grenada and there are tonnes of vacancies that are required to be filled and that is one way of filling those vacancies is by regularising the status of our contract workers.