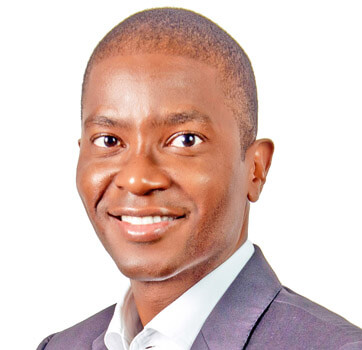 Political Leader of the main opposition National Democratic Congress (NDC), Dickon Mitchell will at the end of the month lead a 3-member delegation from the party on his first official overseas assignment to the United States to meet with the Diaspora and to engage in some fund-raising for the upcoming general election.

He said that the trip will start March 30 with a stop in Miami, Florida to meet with “key stakeholders” as well as engage in a public outreach and key engagement session with the Grenadian community living in the State.

He disclosed that the delegation will also make stops in New York and New Jersey for a number of important sessions with Grenadians.

According to the party official, the priority of the inaugural trip of the 44-year old Congress leader, an attorney-at-law by profession, is to meet with Grenadians in the Diaspora “to gain support for our initiatives” with the upcoming general election in mind.

“It’s a public event – it’s open to everybody but the objective is to meet the Diaspora, see how we can connect with them, see what are their struggles that they have in terms of investing home and getting the Diaspora to really get on board with the development of Grenada,” he said.

The spokesman pointed out that Grenadians living in the U.S “have been dying for us to come up there – they want to meet the PL (Political Leader), speak with the PL and share their ideas and views.”

He also disclosed that Dickon Mitchell and the members of the NDC delegation will also engage in “some scheduled visits with some other persons who have interest in Grenada.”

Asked who these “other” people are, the Congress spokesman said: “They have persons who probably are not Grenadians – who are sympathisers of Grenadians or of Grenada and they may want to come and see the PL (Political Leader) and speak to the PL also.”

The high-ranking NDC member indicated that the Dickon Mitchell-led touring party intends to hold “one private event” in the United States which is “a meet and greet with the key party members in the Diaspora”.

He also said that the NDC Political Leader would also use the trip to try and raise funds for the party to finance its campaign in the upcoming general election and “for other purposes.”

When asked about the timeframe in which the remaining 8 NDC candidates to contest the upcoming election will be declared to the public, the spokesman said: “That is coming soon, very, very soon.”

On being told that Congress has been pushing this line for some time now, he said: “When I tell you soon, very soon. It could be a matter of days, it could be by next week – very soon we will be launching the other batch of candidates so the public will definitely be hearing about that very soon.”

Former Deputy Permanent Secretary in the Ministry of Finance, Lennox “Toes” Andrew has been given the nod by Congress supporters in St. Andrew South-west in a 3-way contest, while a former Chief Education Officer is considered as the front-runner in St. Andrew South-east.

The NDC has been trying to rebuild under Dickon Mitchell who took over the leadership of the party at the end of October following back-to-back 15-0 losses at the polls in 2013 and 2018 to the ruling New National Party (NNP) of Prime Minister Dr. Keith Mitchell.

In addressing the just-ended NNP annual convention, the Grenadian leader warned that he does not intend to surrender any of the seats in the upcoming election as he was aiming for another clean sweep of the polls once again.