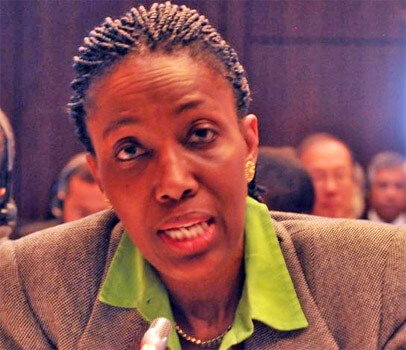 Dr. Dessima Williams – given the nod to become President of the Senate

Former Grenada Ambassador to the Organisation of American States (OAS) during the rule of the 1979-83 People’s Revolutionary Government (PRG), Dr. Dessima Williams is set to become the new President of the Grenada Senate.

A high-level source told THE NEW TODAY that Dr. Williams has been given the nod for the top position in Parliament by the newly elected National Democratic Congress (NDC) government of Prime Minister Dickon Mitchell.

He said that the long-standing female diplomat is not a member of NDC but was considered as part of Congress’ commitment to engage in inclusion in the governance of the island.

According to the official, arrangements are currently being made by the Dickon Mitchell-led administration for the new President of the Senate to present her credentials in a matter of days to Governor General Dame Cecile La Grenade to take up her position.

Dr. Williams will be replacing another revolutionary figure from the era of the Grenada Revolution, Chester Humphrey who was the last holder of the post of President of the Senate under the former New National Party (NNP) government of defeated Prime Minister Dr. Keith Mitchell.

The appointment of Dr. Williams is the last of seven slots allotted to the government in the Upper House of Parliament to be in place for the new sitting of Parliament, following the change of government from the June 23 general election.

The other members of the Senate on the government side are Minister of Health, Jonathan LaCrette, Minister of Education (David Andrew), Minister of Agriculture (Adrian “Persuader” Thomas, Minister of Community Development (Gloria Thomas), Attorney General (Claudette Joseph) and Senator Quinc Britton.

Congress is still to name a Speaker of the House of Representatives which is critical for the re-opening of the Parliament.

Dr. Williams is a considered in international circles as a respected Grenadian diplomat and was a professor of Sociology, Development and Gender at Brandeis University in Waltham, Massachusetts as well as serving as the Alliance of Small Island States (AOSIS) chair during COP15 in Copenhagen (2009-2011).

She is currently a Strategic Adviser to Oxfam on climate change and attained her Ph.D. from American University and also holds a bachelor’s degree from the University of Minnesota.

She is also the founder and Director of the Grenada Education and Development Programme (GRENED).

Dr. Dessima Williams is the co-founder of HAITIwomen and also served as Ambassador of Grenada to the United Nations and as Grenada’s ambassador to UNESCO.