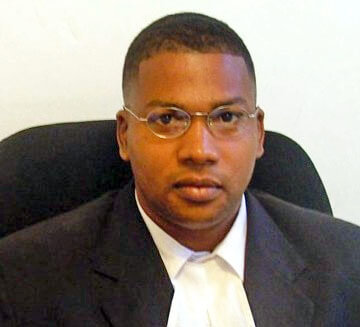 Armed with the official court certificate of a million dollar judgment involving the State, local attorney-at-law, Derick Sylvester is not wasting time and has already made a move to start the process to collect on the monies due in the Oscar Bartholomew case.

A well-placed legal source told THE NEW TODAY that Sylvester filed the Certificate of Judgement with the Supreme Court Registry on July 14 in-keeping with the 28-day timeframe provided by law.

The source said that he expected the attorney-at-law to bring the certificate to the attention of the Office of the Attorney-General in order to get the Keith Mitchell-led ruling New National Party (NNP) government to obey the court order and to pay the funds to the Bartholomew family.

At least five police officers have been implicated in the death of Bartholomew, the Grenadian-born naturalized Canadian citizen, following an incident at the St David Police Station in late December 2011.

A high court Judge had ruled about five years ago that the State is financially liable in the death of Bartholomew who is originally from the village of La Tante in St. David.

The 39-year old native was on the island vacationing with his Canadian wife when he was severely beaten while in custody at the St David Police Station and later died at the St. George’s General Hospital.

Medical evidence showed that Bartholomew was rendered unconscious and fell into a coma after the police beating.

There was also evidence that he received severe blows to the head even while unconscious in the cell.

Among the police officers implicated in the death of Bartholomew are 675 Shaun Garness, 649 Edward Gibson (now retired), as well as Rural Constable Wendell Sylvester and 237 Rudy Felix who were indicted to face manslaughter charges.

It was on Boxing Day in 2011 that Bartholomew and his wife stopped at Petit Esperance so his wife could go to the bathroom at the St. David’s Police Station.

Bartholomew reportedly mistook a female police officer for an old friend and gave her a vigorous hug before allegedly realising his mistake as the woman screamed out.

Police officers who witnessed the event viewed the hug as an assault against an officer and arrested Bartholomew.

The wife emerged from the bathroom to hear her husband screaming inside the building.

The next time Bartholomew’s wife saw her husband, he was being carried out on a stretcher and then taken to the hospital where he died amidst a national uproar after news circulated throughout the island about the brutal beating incident inside the police station. 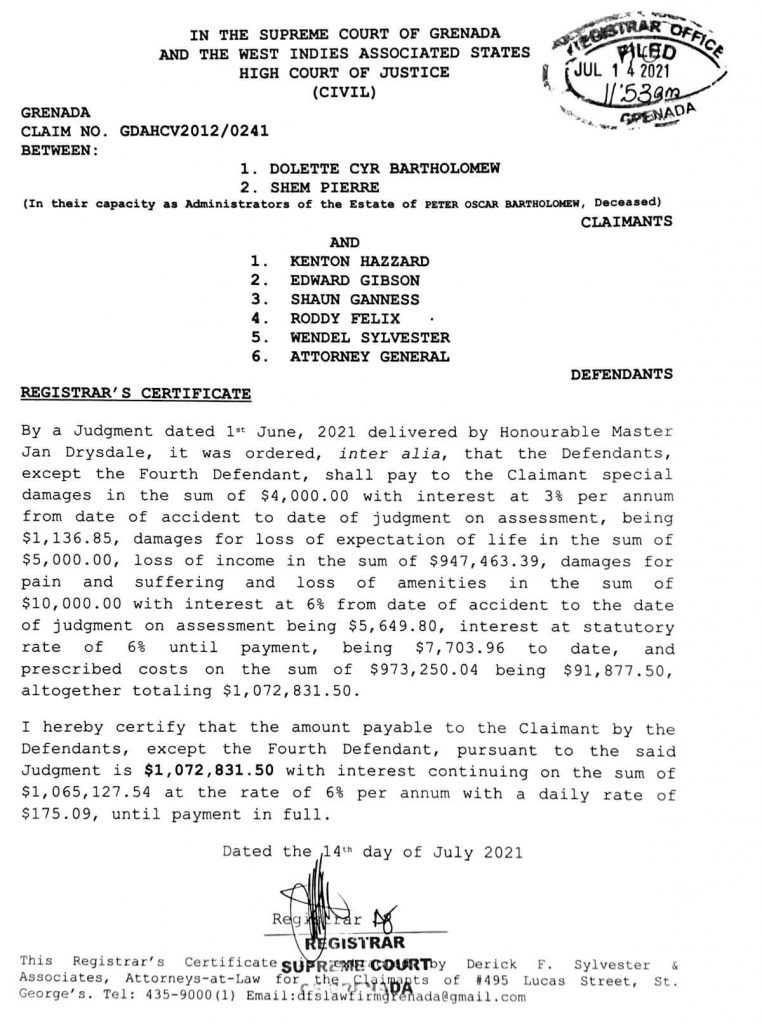