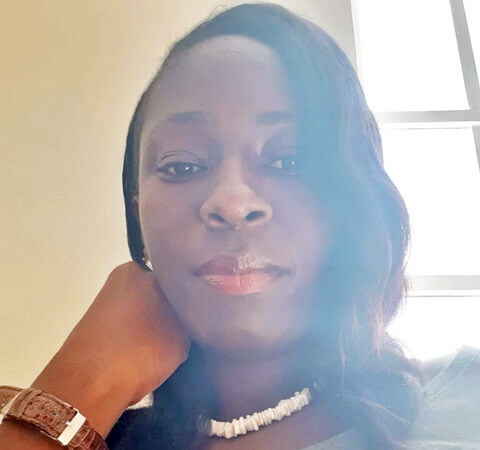 A debate is taking place in some quarters in the country as to the constitutional correctness of the Keith Mitchell-led government’s deferral of the 4% salary and wage increases due to public servants this year.

According to an Executive Member of the Independent Caucus for Constitutional Reform (ICCR), Cassandra Mitchell, government’s actions in not paying the increase that was due at the end of January may be a breach of its constitutional responsibilities to public officers.

The female activist referred to Section 92 (5) of the Constitution, which speaks to the issue of pension, and defines “pensions benefits” as meaning “any pensions, compensation, gratuities or other like allowances for persons in respect of their service as judges or public officers or for the widows, children, dependents or personal representatives of such persons in respect of such service.”

In an exclusive interview with THE NEW TODAY last Tuesday, Mitchell said that the Caucus disagrees with the position that government can defer agreed salary and wage increases because, unlike the issue of increments, wage negotiations are not necessarily bounded by the Constitution.

“These are public officers who have worked and earned the increase in wages. So, if one takes into consideration the interpretation in section 92 (5) and like it says, of such persons in respect of such service, and such service means their contributions that they are making to the public service. So, if they would have worked and earned the increase in pay, then yes, it can be considered a constitutional breach…,” she added.

According to the activist, the Constitutional correctness brings to the fore the question of whether the Executive authority can go outside the constitutional constraints outlined in the Supreme law.

Last December, the Grenada Parliament approved an extension of the suspension of fiscal rules and targets, the escape clause outlined in Section 10 of the FRA, which gives the Minister of Finance the option to do so for 12 months during a state of emergency.

Section 10 of the FRA provides for the Minister of Finance by Order to suspend, for a period not exceeding one fiscal year, fiscal rules, targets and corrective measures under sections 7 and 8, where – (a) a natural disaster, public health epidemic, or war as a result of which a state of emergency can be called and that receipts and expenditures can be excluded from fiscal rules and targets.

Section 8(3)(f) of the Fiscal Responsibility Act mandates that 40% of the monthly inflows into the National Transformation Fund (NTF) should be saved for general budget financing purposes including contingency spending, natural disaster and debt reduction.

The triggering of the Escape Clause removes the 2% cap on wage expenditure as outlined in the FRA, a legislation that the government continues to use as one of the justifications for its inability to make certain financial decisions.

The government maintains that it is not able to afford payment of the 4% increase and cannot project when it can pay the teachers based on the ongoing economic uncertainty, and continues to request the understanding of public sector unions that have since rallied their members in a series of industrial actions demanding their increases in wages.

Leader of the Opposition Tobias Clement who also commented on the current impasse, expressed support for the unions and their fight, and questioned government’s truthfulness in terms of its inability to pay the 4%, which is now three (3) months outstanding.

“I do not know if it is true that they (the government) cannot pay (the 4%),” he said, noting that the “Minister of Finance (Gregory Bowen, in delivering the 2021 budget statement), stated clearly in the Parliament of Grenada that we will be seeing a 6% growth (of the economy) in 2021.”

Clement, who holds the view that the “government should have put aside 150M in the 2021 budget for stimulus for the economy,” also cited the US$63 M repurchase of the Grenada Electricity Services Ltd., (Grenlec), and the installation of EC$30m worth of traffic lights on island, as notable examples of government expenditure.

“That (those spending) do not reflect that the government has circumstances beyond its control and is unable to pay the salary increases for 2021,” he told THE NEW TODAY.

“Government is saying that (it is unable to pay) but, their actions are not showing that, if your actions were that the situation is beyond your control and you have other matters that are being settled in the face of those that are affected (public servants), they must behave in certain way because of your actions,” he said.

The Opposition Leader suggested that the government should consider the 4% as a stimulus package for public servants, who are also feeling the negative effects of the coronavirus pandemic and warned that “now is the time to let people have money so that they could spend more.”

“I support the fight for the 4% because (if you) look at what is going on around the world, governments are giving stimulus packages…biting the bullets and doing what they have to do to stimulate the economy and help people,” he added.