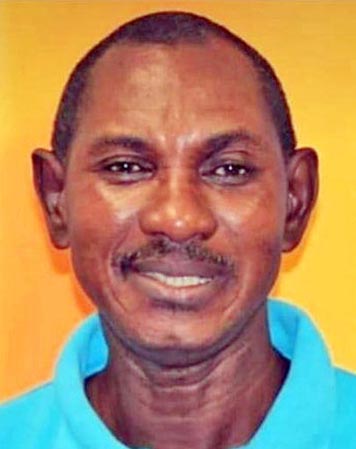 The Ministry of Youth Development, Sports, Culture and the Arts, has expressed condolences to the family and friends of Cultural Ambassador and Cultural Icon, David “Peck” Edwards, who passed away on Sunday.

Edwards was a former journalist at Radio Free Grenada, a drummer, a prolific calypso singer and songwriter, an athlete and a former Senior Cultural Officer at the Division of Culture.

However, he was best known for his love of music. He was devoted to his craft and contributed immensely to the development and promotion of Grenadian culture, particularly Steelpan music.

The veteran musician enjoyed a music career spanning approximately fifty (50) years and during this time he would have touched the lives of many young persons throughout Grenada.

“Peck” was renowned, nationally and internationally, as a long-time leader and champion arranger for one of Grenada’s most dynamic steel orchestras, the New Dimension Steel Orchestra.

He led the orchestra to capture fourteen (14) national Panorama titles since 1988. He also briefly arranged for Suzuki Pan Wizards and Rainbow City All Stars in St. Andrew.

For his dedication to music, Steelpan in particular, Edwards was appointed as a Cultural Ambassador with effect from June, 20, 2011.

According to the Ministry, it said along with the cultural fraternity, they will greatly miss Edwards

“Our thoughts and prayers are with his family and friends and we hope that his memories will bring comfort during this time of grief,” it added.

The following tribute was paid to Edwards by New Dimension, the steelband he led for over 20 years:

“It is with great regret and sadness, we mourn the loss of our brother, mentor, teacher and long-standing member of the New Dimension family – David Peck Edwards. Peck has served as one of the greatest within our fraternity.

We extend deepest and sincere condolences to his family, the Steelband movement in Grenada and the wider world. His legacy will always be celebrated.

His Steelband journey started in the early 70s where he was a member of the Berec City Symphony. He joined Carib City New Tones in 1984 as the in-house Arranger where he won one Panorama tittle. As a founding Member since 1988 we are forever grateful for his contribution to New Dimension until 2018.

Under his leadership the Band won eleven Panorama tittles, placed second seven times and third four times. New Dimension has captured the most Pan Expressions/Bomb Tune competitions as well. He remains thus far the only

Through his mentorship New Dimension is now in an enviable position with arguably the best Arranger.

The New Dimension Steel Orchestra remains forever grateful for his contribution and commits to protecting his legacy.

May his soul rest in peace as we continue to build on the great work he has laid”.