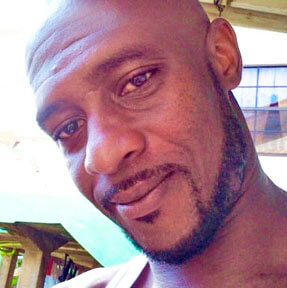 A debate has started on the island about the system in place by the Royal Grenada Police Force (RGPF) to prevent prisoners taking their lives in cells by committing suicide through hanging.

A senior military intelligence figure on the island told THE NEW TODAY that last week’s incident in which Willis resident Ravi Shevi Baptiste was found dead, allegedly hanging in a cell at the Central Police Station on the Carenage should result in a thorough investigation.

He said that a human life has been lost inside a police station and such a hanging needs “an investigation and preferably an independent investigation.”

According to the top military official, the focus of attention in the investigation should be the amount of times that the police officers on duty checked on the prisoner given their own statement that he was a troubled individual and that they had problems with him before.

A police bulletin on the June 10 incident said in part: “The individual was detained and brought to the Central Police Station at about 1:15 p.m. and went through the usual protocol before being placed in the cell with only a boxer on due to his previous behaviour.

“At about 4:30 p.m. during the changing of the shift on duty he was discovered hanging from the cell. He was later pronounced dead by medical experts and an investigation immediately commenced to determine the cause of the incident”.

The military expert indicated that it is clear from the statement put out by RGPF that the history of the individual is well known to the police as one who is miserable and could have mental issues.

He said that the investigation should come up with answers as to whether the police had adhered to the normal protocol of checking on prisoners in cells every half-an-hour and the fact that the prisoner was able to hang himself in a cell located in close proximity to the Diarist on duty.

“That (hanging incident) can’t happen without a sound. He had a history of giving problems. How come such a man wasn’t supervised and a man like that could hang himself in a cell right there, given the proximity of the cell to the Diarist and the police action inside there?

According to the military expert the police knew that they were not dealing with a normal human being given the fact that the statement said they stripped him down to his boxers to put him in the cell.

He said the fact that this individual was considered not to be normal, as such the time for checking him should be less than every 30 minutes as stipulated in their own protocol.

“This is crazy – it is worth an investigation,” he added.

The official charged that this incident and recent others such as police beatings of civilians is a clear manifestation of a breakdown of law and order especially in the police force and under the government of Prime Minister Dr. Keith Mitchell.

When contacted for comment, a senior police officer said the recent acts of brutality by police officers is reflective of the type of community that is now prevalent in the country.

Currently, he said there is no respect for authority by people at the community level.

“You have a problem in the whole community and the police being the mirror, you will see it (the breakdown in law and order) more through the police force,” he told THE NEW TODAY.

“The whole thing is a societal thing. Look at the breakdown through the whole society. The police force is the mirror and you see it. Anytime you see the police getting on like that is societal breakdown,” he said.

One of the incidents which sparked off much attention in the local media and on Social Media platforms was the blow to the face of a civilian by a junior police officer which broke his nose and resulted in the injured man having to undergo surgery.

In another incident involving the police, a security guard at a business place in the St David area was arrested by a police officer after the guard confronted him on coming into the supermarket without a mask in violation of Covid-19 protocols enforced on the island.

The senior police officer is confident that Commissioner of Police, Edvin Martin will discipline the police officer involved in the incident with the Security Guard and that will filter through the rank and file members of the force to send a strong message to officers.

“The message is going to be sent – you can’t want to be wrong and strong. Yes, you are a police officer, you are supposed to be wearing mask if you’re in the public. You ain’t wearing mask and you go in a place, what the hell you expect the Security guard to do?

On the issue of prisoners hanging themselves in police cells, he said this cannot be solved easily as several prisoners have attempted to commit suicide in cells over the years.

He referred to an incident a few years ago at a police cell in the Old St. James building on Grand Etang road.

He said that although the cell was located in close proximity to the Diarist on duty there a suicide hanging can take place without the knowledge of officers inside the station.

He recalled in that incident, it was the voice of one of the three prisoners in the cell that alerted them that something was amiss and they were able to run into the cell and cut the hanging man from the piece of clothing that he used to commit the act.

The senior officer said the police were able to rush the unconscious man to hospital where he was resuscitated.

“They do it all the time – attempt to take their lives in a police cell. It is only when they dead you hear about it,” he said.

However, he said that a police officer who is conscious of the job on hand will always check the prisoner in the cell at least every 15 minutes.

“Unless you don’t have that men will hang themselves,” he told THE NEW TODAY.

He added that a police officer will not be held accountable for a hanging in a cell if he was able to record in the station’s diary that every 15 minutes he checked on the prisoner in the holding cell.